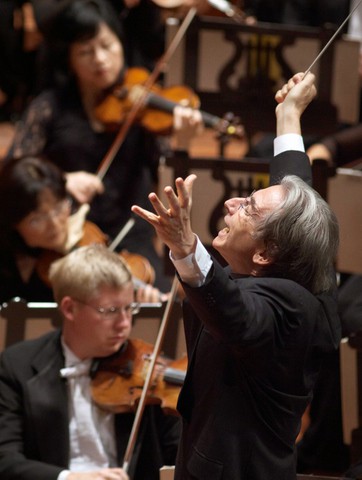 Michael Tilson Thomas (MTT) will lead the San Francisco Symphony (SFS) in the orchestra’s first performances of its co-commission Polaris: Voyage for Orchestra, with music by Thomas Adès and film projections by Tal Rosner, September 29, 30 and October 1 at 8 pm at Davies Symphony Hall. The Orchestra will also perform Mozart’s Symphony No. 35, Haffner and Stravinsky’s Petrushka, a work written in 1911, the year of the orchestra’s founding.

Polaris: Voyage for Orchestra is a collaborative work by Thomas Adès and Tal Rosner. In January 2011 MTT conducted the New World Symphony (NWS) in the world premiere at the new Frank Gehry-designed home of the NWS in Miami. In April 2011, Adès led the Los Angeles Philharmonic in the west coast premiere of Polaris during their “Aspects of Adès” festival. The piece derives thematic material from sailors’ use of celestial navigation. Rosner’s visuals were inspired by Rockwell Kent’s illustrations for the 1930 edition of Moby Dick.

Thomas Adès is known for his work as a composer, a pianist and a conductor, and has led many orchestras including those of the Royal Opera House in London and the Zurich Opera. Adès’ first opera was the 1995 work Powder her Face, and he has had recent works premiered at the Royal Opera House and at the BBC Proms. He served as composer-in-residence for several organizations, including at the Ojai Festival in 2000. He held Carnegie Hall’s composer chair during the 2007-08 season, and in 2009-10 he was the Royal Stockholm Philharmonic’s featured composer. In April 2010 pianist Emanuel Ax performed the West Coast premiere of Adès’ SFS co-commissioned Three Mazurkas in recital at Davies Symphony Hall. On Sunday, October 2, following the San Francisco Symphony’s performances of Polaris, Thomas Adès will perform Three Mazurkas and other works of his with the Calder Quartet at Cal Performances in Berkeley.

Video artist Tal Rosner has worked with musicians and dance companies to create a new genre of classical music videos, samples of which can be found on his website. He created the title sequence for all five seasons of MTV’s program Skins, and his 2008 short film Without You won the Cinephilia Best Experimental Film Award at the 2010 London Short Film Festival.

Stravinsky’s Petrushka was premiered in the same year as the San Francisco Symphony’s first concert, 1911. Pierre Monteux, SFS Music Director from 1935-1952 premiered the work in Paris.

PRE-CONCERT TALK: Scott Foglesong will give an “Inside Music” talk from the stage one hour prior to each concert. Free to all concert ticket holders; doors open 15 minutes before.

CD SIGNING: Thomas Adès will sign CDs in the Symphony Store following the performance on October 1.

BROADCAST: Portions of these concerts will be broadcast on Classical 89.9/90.3 KDFC.