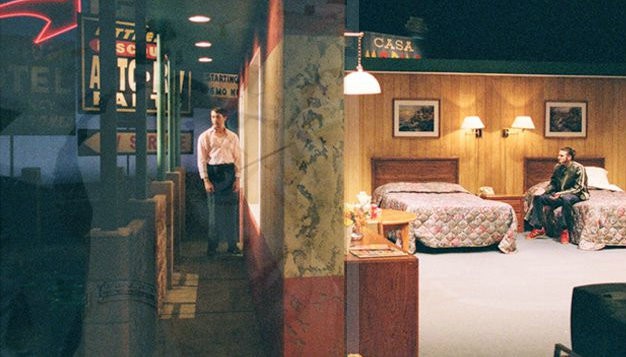 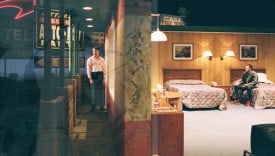 The University of California, Berkeley Department of Theater, Dance, and Performance Studies announced its continued commitment to producing compelling performances that reflect the politics and poetics of social life with its 2011-2012 season.

Reflecting on the theme, “Out of many, one,” performances next year will include a powerful and insightful play about Ishi, the last Native American to come out of the wilderness, on the 100th anniversary of his arrival at UC Berkeley; the North American premiere of a compelling Swahili play; a searing indictment of politics via the biting language of Oscar Wilde; the return of Berkeley Dance Project; and a play described as “one of the high points of experimental theatre, of any theatre, written in the last quarter-century” (Culture Wars).

Chair Peter Glazer remarks, “Our innovative 2011/2012 season features performances that invite dialogue about the nature of our public institutions and personal responsibilities toward collective ideals. We hope you will join us on this exhilarating journey.”

The TDPS faculty is nationally and internationally known both for its scholarly research and for its artistic work in design, directing, choreography, acting, and experimental performance. Ccurriculum ranges from the classics to the contemporary; it cuts across theatrical, dance, and visual art forms; it spans all corners of the globe, using the site of performance to deepen UC Berkeley’s critical education in the humanities.

Attempts on her Life

Her name is Annie. Or Anya. Or is it Annushka? Those who know her describe an artist, a physicist, a mother, a terrorist, dead, or alive. Martin Crimp’s groundbreaking experimental play asks who has the right to name us, and what power does that naming have? Do attempts to represent Annie turn her into a victim? Or do they reveal her own complicity in acts of brutality? You decide.

Sir Robert Chiltern is a rising political star with a good heart – and a soft spot for money and power. When his past comes back to haunt him, it will be a race to see who can blackmail whom to keep it quiet! Will his relationships with his family, friends and colleagues suffer? Will he come out of this a better man, or worse? Wilde’s trademark biting wit has as much resonance today as it did in 1895.

Ishi: The Last of the Yahi

On the centennial of his arrival at UC Berkeley, a story about the last remaining member of the Yahi tribe by acclaimed playwright and director John Fisher. After his discovery in 1911, Ishi lived and worked in UC’s Anthropology Museum as an object of study, where he helped reconstruct Yahi culture for his “keepers” before his death in 1916. A touching, revealing and tender look at the effect of “civilized” life on Ishi, and a key moment in UC Berkeley’s history.

This year’s Berkeley Dance Project explores the role of the individual within established yet evolving dance forms. What role does the community play in maintaining these forms and how does the individual change or reinforce traditions within dance? Featuring new works by Amara Tabor-Smith, Lisa Wymore and Stephanie Sherman.

Kinjeketile
by Ebrahim N. Hussein; directed by Joshua Williams
In 1904, by uniting the tribes of Tanganyika against the German colonial regime, the oracle Kinjeketile Ngwale touches off the Maji Maji Rebellion, But how far can faith and courage take the fledgling insurgency in the face of overwhelming force? Can sanctified water, maji in Swahili, keep Kinjeketile’s followers safe from German bullets? First performance outside of Africa!
Zellerbach Room 7 • October 20, 2011 – October 22, 2011

Lab Run
original works by Ph.D. students in Performance Studies; supervised by Joe Goode
Our “bleeding edge” experimental theater series featuring works and performances created by new students in our Graduate Program for Performance studies. Past productions have included fusions of dance and theater, music and video, bodies and technology that result in breathtaking theatrical experiments. We guarantee you’ll be talking about these highly unique pieces long after you’ve left the theater..
Zellerbach Room 7 • December 1, 2011 – December 3, 2011

Boy
by Langston Brand
with
Dia: Diagnosis to Dialogue Clinic to Theater
by Cole Ferraiuolo
An exciting double-bill of undergraduate student work. In Boy, Langston Brand examines a 15-year old adolescent’s experience of identity construction, and in Dia: Diagnosis to Dialogue, Clinic to Theater, Cole Ferraiuolo will look at the creation of doctor/patient relationships in a clinic in San Francisco’s Tenderloin district.
Zellerbach Room 7 • April 5, 2012 – April 7, 2012

Directors’ Showcase
A showing of scenes by students in the TDPS Stage Directing class; supervised by Peter Glazer
One of the best opportunities of the year to see some of the hot new talent coming to the theater scene!
Durham Studio Theater • May 3, 2012 – May 4, 2012