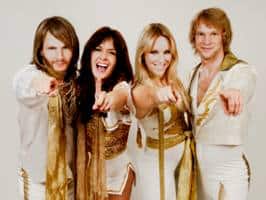 Now here’s another interesting evening for those looking for unusual mash-ups in live performances. San Francisco Symphony will be joined on stage by non other than everyone’s favorite dancing queens, ABBAfor a journey back to the 70s. SFS tells us the concert will take place next month, and is another one of the special one night deals. And, of course, lest you’ve been orbiting the world with Dr. Evil, to clarify: this is not ABBA, but the well known tribute band, ARRIVAL, founded in 1995 by Vicky Zetterberg in- you guessed it- Sweden.

So, if you’re feeling like a super trooper this might be another one of those don’t miss events if you live in the Bay Area. We wonder, though, how will disco music sound in the grand Davies Music Hall? And how many songs will it take before we all start dancing in the aisles?

All your favorites will be here including: “Dancing Queen,” “Mamma Mia,” “Take a Chance on Me” and “Waterloo.”

Those looking for the authentic experience will no doubt be impressed. Sweden’s ARRIVAL has won consistent praise for delivering the most authentic live ABBA show around. Organizers say, “Though ABBA tribute bands are many, ARRIVAL’s production is the closest you will ever get to seeing ABBA, touring with many of the original band’s musicians and using the same one-and-only costume and stage designs.”

ARRIVAL is the only band awarded the rights to recreate the staging and costumes from the original band’s shows. ARRIVAL is also the only band who has been given an unreleased ABBA song directly from original vocalists Björn Ulvaeus and Benny Andersson (of ABBA) – the single “Just A Notion” is due soon for a worldwide release.

ARRIVAL: The Music of ABBA 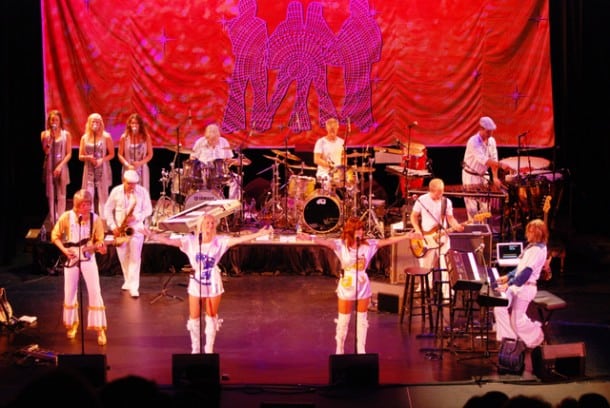