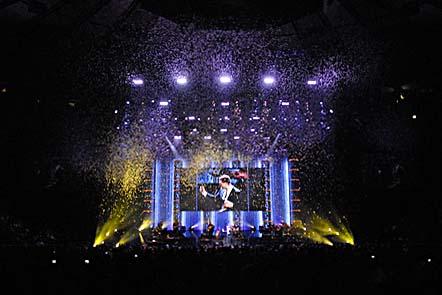 Maybe he hasn’t met you yet, but that doesn’t mean you should stop trying. Organizers have announced that Grammy award-winning Michael Bublé is coming to San Jose this summer. The Canadian singer will play HP Pavilion for one night only, on August 13.

Touring in support of his #1 selling release, “Crazy Love,” Michael Bublé has been called “one of the most likeable performers on Earth.”

He has performed for over half a million fans this year with his “Crazy Love” tour, his stage show is propelled by a string of smash hits including “Home,” “Everything” and his most recent hit single “Haven’t Met You Yet,” along with Michael’s distinctive interpretations of classics like “Cry Me a River,” “Stardust,” and “You’re Nobody ‘til Somebody Loves You.”

Following the extraordinary success of the Bublé penned No. 1 single, “Haven’t Met You Yet,” and “Hollywood,” Michael recently released “Hold On” to wide acclaim.