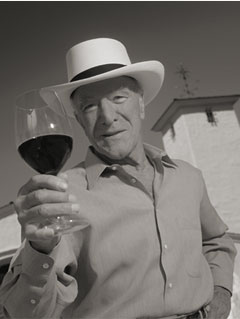 In 2007, then California Governor Arnold Schwarzenegger inducted Mondavi into the Vintners Hall of Fame at the Culinary Institute of America. Widely regarded as one the most prominent faces in the industry, his pioneering vision placed California wines among the finest in the world and made them an integral part of a gracious lifestyle.

The Robert Mondavi Institute (RMI) for Wine and Food Science at the University of California, Davis opened October 2008 in his honor.

The occasion honors the vast contribution the late vintner made to the California wine industry. At 2 pm, the winery will join together for a global toast to Mr. Mondavi, streamed world-wide on the winery’s Facebook page via livestream.

Robert Mondavi’s autobiography, Harvests of Joy, was published in 1998.