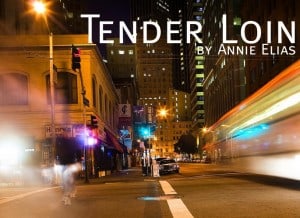 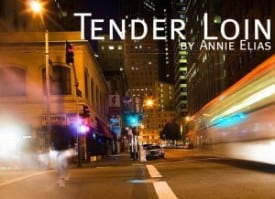 San Francisco’s Cutting Ball Theater has announced the lineup for its 12th season. The ambitious season opens in October with Maurice Maeterlinck’s Pelleas and Melisande in a new translation by Cutting Ball Artistic Director Rob Melrose, who will also direct.

The company is also poised to present the World Premiere of Eugenie Chan’s evocative take on an ancient Estonian folk tale, Tontlawland, directed by Paige Rogers and Annie Paladino, in February.

Documentary theater veteran Annie Elias presents the World Premiere of her latest work for the stage, Tenderloin, in April; Elias will also direct. Risk is This… The Cutting Ball New Experimental Plays Festival returns to round out the season in June with two new works for the stage and five Risk Translations of August Strindberg’s Chamber Plays in new translations by Paul Walsh; the staged readings of Walsh’s translations are in preparation for Cutting Ball’s main stage production of Strindberg Cycle: The Chamber Plays in Rep in Fall of 2012.

“My new translation of Pelléas et Mélisande will feature original music by Cliff Caruthers, choreography by Laura Arrington, and the theater will be transformed into one giant video installation for the production. Directors Paige Rogers and Annie Paladino and choreographer Laura Arrington have been working with our resident playwright Eugenie Chan and a company of actor/singer/dancers on an ensemble-based theater piece called Tontlawald, inspired by their work with the acclaimed Polish theater company Teatr ZAR. Documentary theater-maker Annie Elias moves us from the realm of fantasy to reality, working with a company of actors on a piece about the people and places of the Tenderloin, a play about Cutting Ball’s neighborhood that I am thrilled to have commissioned.”

He added, “This will indeed be a very full and a very exciting season!”

We concur! Let the show begin…

Cutting Ball Theater opens its 12th season with Maeterlinck’s seminal avant-garde play PELLEAS AND MELISANDE, in a new translation by Cutting Ball Artistic Director Rob Melrose (previous translations include The Bald Soprano by Eugène Ionesco, Woyzeck by Georg Büchner, No Exit by Jean-Paul Sartre, Ubu Roi by Alfred Jarry, and Maeterlinck’s The Blind). In this mysterious fairytale of a play, which inspired musical works by Claude Debussy, Arnold Schoenberg, Gabriel Faure, and Jean Sibelius, a beautiful young woman is found in the woods by a hunter who also happens to be a prince. He takes her to his castle and marries her, but the honeymoon ends when she falls in love with his younger brother. When the love triangle explodes, she wants to return to her own world, but can she? Melrose directs this nine-person production, featuring a musical score by composer Cliff Caruthers and choreography by Laura Arrington.

Cutting Ball Theater continues its 12th season with the World Premiere of TONTLAWALD. This original ensemble-based piece weaves evocative a capella harmonies and visceral movement into a multilayered retelling of an ancient Estonian tale. Part concert, part dance, part fairytale, and inspired by the work of Poland’s famed Teatr ZAR, TONTLAWALD follows a mistreated girl who flees her tormentors and unexpectedly finds a safe home in the mysterious, forbidden Tontlawald – the ghost forest. Written by Cutting Ball’s resident playwright Eugenie Chan and directed by Associate Artistic Director Paige Rogers and Annie Paladino, with choreography by Laura Arrington, TONTLAWALD was workshopped during Cutting Ball’s 2011 Risk is This…festival.

Annie Elias brings her years of experience in documentary theater to Cutting Ball with the World Premiere of TENDERLOIN, an unforgettable piece about the people and places in Cutting Ball Theater’s neighborhood. Using transcripts of interviews conducted by Elias and her group of actors, TENDERLOIN strives not only to bring Cutting Ball fully into its community, but literally brings the neighborhood into the theater. Seven actors portray the subjects they interview, creating living portraits from which a portrait of the Tenderloin itself emerges. A powerful and confirming experience, TENDERLOIN honors the essence of the Tenderloin through the stories of the everyday people that make up this historic downtown San Francisco district.

Risk is This…The Cutting Ball New Experimental Plays Festival is one of the only play festivals in America solely dedicated to experimental works for the stage. This year’s festival features two new works and five new translations in staged readings that push the boundaries of what theater can be.

anomienaulis is Christopher Chen’s bold post-modern take on Euripides’ Iphigenia in Aulis. In this harrowing portrait of heart-wrenching choices, Agamemnon and his armies are set to sail for Troy, but are unable to depart due to a strange lack of wind. This is no mere meteorological abnormality, but rather the will of the gods. In order for the winds to blow again, Agamemnon must sacrifice his only daughter Iphigenia, or condemn his entire army, and nation, to defeat.

In GIZMO, playwright Anthony Clarvoe (Show and Tell, Pick Up Ax) wrestles with the topic of technology today. This new play was inspired by Karel Čapek’s play R.U.R. (or Rossum’s Universal Robots); considered the first science fiction play, it was written in 1921 and introduced the world to the word “robot.”

THE GHOST SONATA tells the story of a strange encounter between a student and an old man and begins the morning after a terrible fire. A “ghost supper” ensues in a round room, secrets are shared, plots are foiled, illusions are shattered, and the true haunting nature of things is revealed. The most well known of Strindberg’s Chamber Plays, THE GHOST SONATA will serve as the centerpiece of Cutting Ball’s upcoming Strindberg Cycle: The Chamber Plays in Rep.

Based on the belief that a Pelican sheds its own blood to feed its young, THE PELICAN presents a family where the exact opposite is true. The widow Elise plots with her lover to steal her children’s inheritance while they starve in their own home. When the children discover the truth, the revelation sparks a small revolution.

In THE BLACK GLOVE, it is the day before Christmas Eve in a five-story apartment building. An old man and a caretaker find a black glove in the entryway, precipitating a strange chain of events involving a young wife, two maids, two fairies, a missing ring, and child.

In STORM, an elderly gentleman near the end of his life lives peacefully in a building neighbors call “the quiet house.” His peace is shattered, however, when the new neighbors upstairs, the young wife and child he left so many years ago, and her new husband, plan to turn their home into a private casino. Years of jealousy and resentment rise to the surface as he tries to help his former wife out of a bind and finds that the ghosts of his past still haunt him.

In BURNED HOUSE, Arvid arrives in his hometown of Stockholm after decades of living in the United States only to find that his childhood home burned down the night before. While detectives search through the rubble for clues about the cause of the fire, Arvid sifts through the ashes to uncover the dark secrets hidden by his family and the town. As more secrets are revealed, Arvid finds the tools he needs to exact revenge on his brother for crimes committed long, long ago.

This season, Cutting Ball’s Hidden Classics Reading Series explores and celebrates the work of August Strindberg. The series offers a profound look at one of the greatest authors ever to write for the stage in a program that continues to be one of San Francisco’s best-kept secrets.

Cutting Ball opens the Hidden Classics Reading Series with PLAY STRINDBERG, Friedrich Dürrenmatt’s adaptation of August Strindberg’s The Dance of Death. This searing portrait of marriage, a tight, gripping three-person play, finds a man and a woman who can not live without each other but without the help of their mutual friend might wind up killing each other.

CAMINO REAL is Tennessee Williams’ dream play that borrows heavily from Strindberg’s A Dream Play and The Great Highway. Peopled with characters from literature and pop culture, including Casanova, Camille, Don Quixote, and Kilroy, CAMINO REAL, one of William’s most imaginative and touching plays, takes place in a bizarre afterworld where the royal road of the unconscious empties out onto a real road littered with life’s misfits.

MISS JULIE and A DREAM PLAY

Cutting Ball begins the 2012 celebration of Strindberg’s centennial with two plays that encapsulate Strindberg’s two major contributions to drama: realism and expressionism. In MISS JULIE, Strindberg examines class tensions through a sexual encounter between an unmarried young lady and her father’s valet. In A DREAM PLAY, Indra’s daughter comes down to earth to better understand the plight of man. Through this surreal journey, she meets an officer, a lawyer, and a poet. Strindberg structured the play using a dream logic that was later adopted by Expressionist playwrights.

There will be a traditional Swedish dinner served between the two readings, as well as a discussion of these two vastly different visions of theater.

Thought by many to be Strindberg’s most successful marrying of his realistic and expressionistic styles, EASTER tells the story of a family on the brink of bankruptcy who finds salvation in the daughter, newly arrived from an asylum, who speaks from beyond this world.

This reading will be followed by a discussion of the play and Strindberg’s career as a painter.

THE STRONGER, PARIAH, and SIMOON

These three one-act plays show the power of Strindberg’s invention. In THE STRONGER, two women sit at a table. One speaks and the other never says a word. The subject in question is the fidelity of the talkative woman’s husband. Which of the two women is the stronger? PARIAH tells the story of two men and their fight over gold. In SIMOON, a soldier is bewitched by a mysterious woman from the desert.

The readings will be followed by a discussion of the plays and Strindberg’s relationship to the occult.

THE KEYS TO HEAVEN

By August Strindberg
“Strindberg and Expressionism”
May 20, 2012, 1pm

In THE KEYS TO HEAVEN, the death of a man’s three children from the plague causes him to go on a surreal journey to the afterworld. His travels take him to the ruins of the tower of Babel, Jacob’s Ladder, and the Gate of Heaven. Along the way, he meets Romeo and Juliet, Tom Thumb, Don Quixote, Bluebeard, Hamlet, and Ophelia. One of Strindberg’s most peculiar plays, THE KEYS TO HEAVEN was never performed during his lifetime.

This reading will be followed by a discussion of the play and Strindberg’s influence on expressionism.