Now, that is how you unveil a new terminal. A rocket-powered spaceship owned by Virgin’s Richard Branson will go down in the history books as the first arrival at the redeveloped $388 million SFO Terminal 2 (T2). Opening April 14, Virgin America will occupy seven gates, American Airlines six gates.

“This terminal is beautiful. It’s one of the few terminals in America where you arrive and think it’s going to be a great day,” said Branson, one of the world’s mostly flamboyant and adventurous billionaires.

The original terminal was built in 1954, but had remained dormant for the past ten years. Architect Art Gensler designed the revamped terminal with a goal of pairing passenger delight with energy and water efficiency. 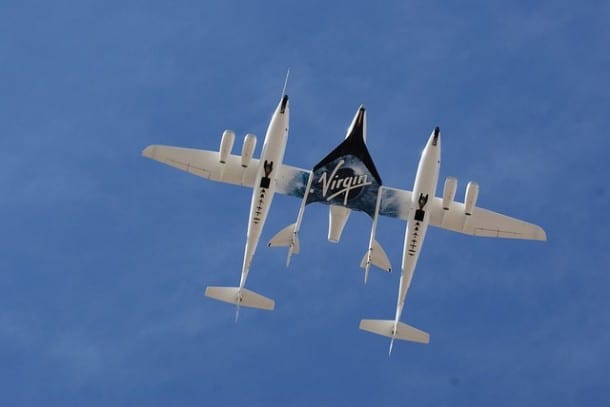