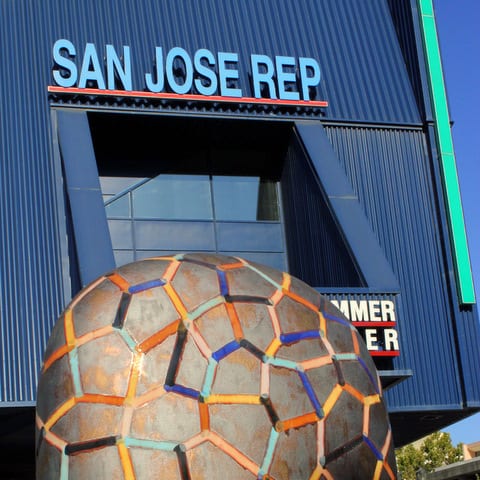 The Susan and Phil Hammer Theatre Center, affectionately known as the Blue Box, will be the site for San Jose Rep’s 30th Anniversary Gala. To be held Saturday, June 11, 2011, the gala will feature two simultaneous parties followed by an original theatrical production saluting San Jose Rep’s past and future.

The goal of the gala is to raise more than $100,000 to support San Jose Rep and its Education and Outreach programs. Honorary chairman of the event is Greg Jamison, member of the National Hockey League Board of Governors and president and chief executive officer of Silicon Valley Sports and entertainment.

“For almost 30 years, San Jose Rep has been devoted to capturing and enriching the people of the community through the art of live theatre,” said Nadine Wiley Priestly, president of San Jose Rep Board of Trustees. “This year’s celebration will celebrate the history and efforts involved behind this long-lasting organization. We want all our friends from the past 30 years celebrating together. We will raise our glasses high to toast San Jose Rep’s dramatic past and its promising future, before taking our comfortable seats at the Blue Box Bash for a one-night-only exclusive evening of amazing entertainment.”

That entertainment will be a special performance created and directed by San Jose Rep’s Artistic Director, Rick Lombardo. Preceded by a live auction, this production will provide a fast-paced sampling of past and future productions with six actors whizzing through snippets of shows such as ‘The 1940s Radio Hour’, ‘Spring Awakening’ and ‘The Haunting of Winchester’. Following this engaging, kaleidoscopic show, attendees will be invited on to the stage to dance to the music of The Touch of Class Band, a ten-piece high-energy show band.

In celebrating San Jose Rep’s achievements, the Blue Box Bash gala offers two levels of participation: Diamond ($250 per person) and Pearl ($75 per person). The Diamond party includes an epicurean dinner provided by Parsley Sage Rosemary & Thyme, and will be held under an elegant tent over patio adjacent to the theatre. Diamond ticket holders can also participate in the silent auction, of which some exciting items will be available for online bidding prior to the gala. The Pearl party will start in the lobby of the theatre, where attendees will enjoy a wine reception before the performance, and delectable desserts and coffee afterward. Guests of both Diamond and Pearl Parties will join up in the theatre auditorium for the auction, show and dancing.