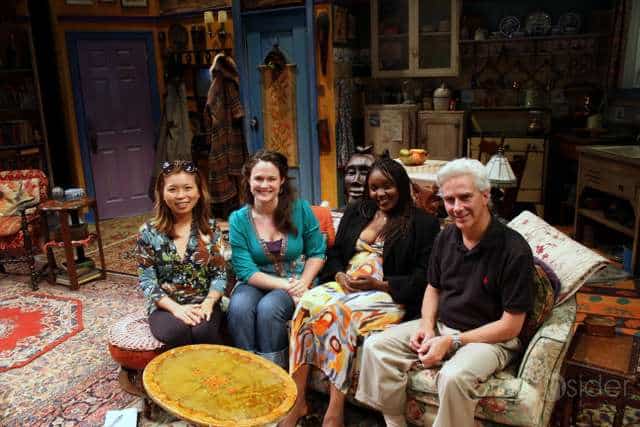 The San Francisco Bay Area Theatre Critics Circle (SFBATCC) will celebrate Bay Area theatre excellence during 2010 at a gala awards ceremony on Monday, April 4, at the Palace of Fine Arts Theatre Lobby. Doors open at 6 p.m. with the awards beginning at 7:30 p.m.

The 28 members of the Critics Circle saw over 400 productions during 2010 as they reviewed theatrical productions from San Jose to Santa Rosa and from San Francisco to Concord. From these productions, the Circle will award 36 drama and 38 musical awards for outstanding achievement at the gala awards ceremony on April 4.

The prestigious Paine Knickerbocker Award, named for the former theatre critic of the S.F. Chronicle, is presented annually to a person or organization that has made a continuing contribution to Bay Area theatre. This year the award goes to Central Works, which is celebrating its 21st anniversary and has been in residence at the historic Berkeley City Club since 2002.

The Jerry Friedman Award (previously named the Barbara Bladen Porter Award) named for the theatre critic of KGO Radio and president of the SFBATCC for 22 years, is presented to an active, mid-career member of the Bay Area theatre community. This year’s recipient is Jerry Friedman.

The Gene Price Award, named for the former arts editor and long-time theatre critic of the SF Bay Times, honors a person, production, event or theatre company embodying superlative professionalism and passion for Bay Area theatre, and whose work is noteworthy of recognition. This year the award goes to director, choreographer and producer Mike Ward.

Actors’ Equity is the proud sponsor of the SFBATCC Awards Ceremony again this year. Actors’ Equity, which represents over 1000 professional stage actors and stage managers in the Bay Area, shares with the Critics Circle a common goal to support professional Equity theatres in order to improve the livelihood of the artists who work in those theatres.

Open to the public, the April 4 gala features cool jazz by The Lost Trio and light refreshments.

Dress is business casual to formal.

There is free parking available at the Palace of Fine Arts, 3301 Lyon Street, San Francisco.