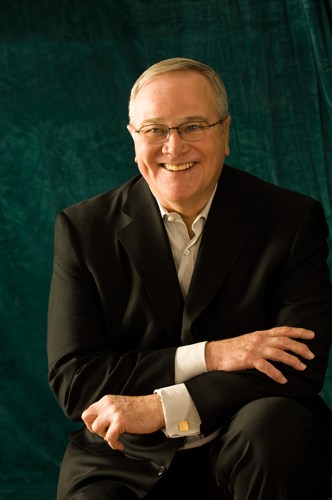 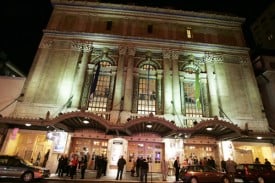 American Conservatory Theater (A.C.T.) Producing Director James Haire announced today that he would be retiring after a 40-year career with the company.

Throughout his four decades of service, which spanned the tenures of all three A.C.T. artistic directors—William Ball, Edward Hastings, and Carey Perloff—Haire has played a significant role in A.C.T.’s leadership and has helped the organization grow into a major national repertory company with a renovated historic home and a substantial endowment.

Haire, whose long list of accomplishments includes helping A.C.T. continue to produce work by securing performance venues across the city immediately after the 1989 Loma Prieta Earthquake temporarily closed the Geary Theater, said of his long and illustrious career: “I remember my father saying when I went off to college to study theater: ‘Jim, I want you to be happy, but you’ll never earn a living.’ Looking back on my 50 years in the professional theater, I wish I could say: ‘Look Dad, aren’t you proud?’ I first came out to San Francisco for what I thought was a one-year stint. That was in 1971. Something must have been right. I’ve had a very good run so far, and I’m sure, in some way, I’ll always be a part of A.C.T. It’s certainly a part of me.”

A.C.T. Artistic Director Carey Perloff speaks to Haire’s legacy at A.C.T.: “James Haire is a man of infinite good humor, voracious intellect, enormous charm, and deep knowledge. We know that his legacy at A.C.T. will be long-lasting, and we thank him from the bottom of our collective and grateful hearts for all he has contributed to our creative lives.” A.C.T. Executive Director Ellen Richard adds: “Jim is one of the reasons I took this position with A.C.T., and he will be sorely missed by our staff and the artists. I feel lucky to have been able to work with him during my first season, and I thank him for helping to make my transition so easy.”

The effects of Haire’s accomplishments go beyond A.C.T. and reach out across the country. Perloff adds: “It is fair to say that Jim changed the landscape of the American theater. Through his tireless advocacy of artists, his compassionate negotiating skills, his open-hearted, flexible thinking, and his mentorship of generations of young administrators, he has made an immeasurable contribution not only to A.C.T. but also to the entire American theater.” Susie Medak, who is president of the League of Resident Theatres (LORT) and managing director of Berkeley Repertory Theatre, has worked closely with Haire for many years and says that his presence will be missed nationally: “Jim is beloved by his colleagues around the country. He has been a member of practically every negotiating team for our national actors’ contract over the past 20 years, and his knowledge of best practices, long history in the field, and innate gentlemanly demeanor all have been huge assets.”

Haire started his career in the arts as a stage manager and joined A.C.T. as a production stage manager in 1971 at the behest of then A.C.T. Executive Director Jim McKenzie. He moved on to serve as the production manager in 1985, and while he served in that position Haire and the A.C.T. production department were recognized with Theatre Crafts International’s award for excellence in the theater. In 1994, he became producing director, handling all contracts for artists and representing A.C.T. in LORT union negotiations. He was awarded a lifetime achievement award by the Bay Area Theatre Critics’ Circle in 1992.

Haire played a significant role in the securing of rights and all negotiations for the new musical Armistead Maupin’s Tales of the City, and he will be with A.C.T. through the opening of this world premiere production.