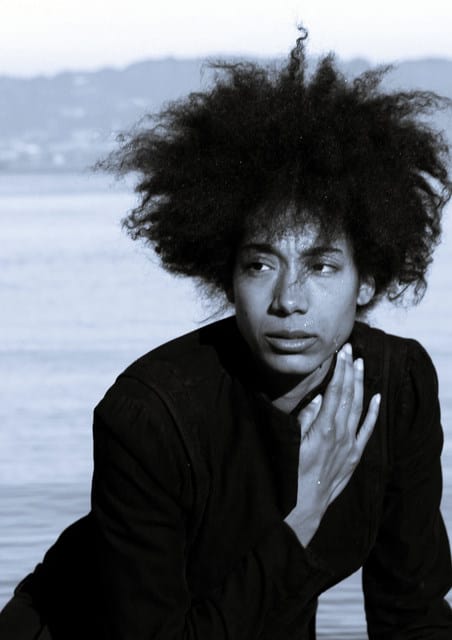 This film noir-inspired production of Twelfth Night, The Bard’s most popular comedy, gets a provocative re-setting in the mid-1940s. African-American Shakespeare Company’s stylish re-imagining combines Shakespeare’s poetry with an original jazz score, transporting this tale of loss, new-found love, and mistaken identities to the fog-drenched streets and smoke-filled clubs of San Francisco.

” ‘Twelfth Night’ has always been my favorite of Shakespeare’s comedies,” said African-American Shakespeare Company Artistic Director L. Peter Callender. “Film noir is one of my favorite genres of movie-making as well; it recalls the hey-day of San Francisco and the hot and sultry sounds of the jazz music of the 1940s.” Continued Callender, “African-American Shakespeare Company’s re-imagining of this Shakespeare classic resets the story in my favorite city, San Francisco, and features a wonderful, young, diverse cast to bring everything to new life. The original music by the incomparable Marcus Shelby takes this production to another level. I’m sure this story of love and love lost, mischief and malcontents will quickly become an audience favorite.”

African-American Shakespeare Company Artistic Director L. Peter Callender has worked professionally as an actor, writer, and director for over 30 years. He received his formal training in theater at the Juilliard School in New York City, and has appeared on Broadway, off-Broadway, and in regional theaters across the United States and abroad. He makes his directorial debut at African-American Shakespeare Company with Twelfth Night; additional directing credits include productions at Word for Word, Solano College, and the San Francisco School for the Arts. As an actor, Callender is an Associate Artist at California Shakespeare Theater, and has regional credits including productions at Berkeley Repertory Theatre, Aurora Theatre Company, American Conservatory Theater, Lorraine Hansberry Theater, Magic Theater, Cincinnati Playhouse, Magic Theater, Thick Description, Arena Stage, and New York Shakespeare Festival, among others.

Marcus Shelby has played the acoustic bass for 23 years. He is currently the Artistic Director and leader of The Marcus Shelby Jazz Orchestra, The Marcus Shelby Septet, and The Marcus Shelby Trio. In addition, Shelby is the Artist in Residence at the Rooftop School, and has worked with the Berkeley Young Musicians Program and the Stanford Jazz Workshop. He has composed original theater scores for Campo Santo, Word for Word, Signal Theater Company, ODC, and Oakland Ballet, among others, as well as numerous film scores and acclaimed PBS documentaries. Additionally, he has performed at the San Francisco Jazz Festival, Monterey Jazz Festival, Montreal Jazz Festival, and the famed Blue Note. Shelby’s numerous recordings include the recent January 2011 release “Soul of the Movement.”

African-American Shakespeare Company was introduced in 1994 to create an opportunity and a venue for actors of color to hone their skills and talent in mastering some of the world’s greatest classical roles. The company is dedicated to producing classic stage works from an African-American cultural perspective, providing opportunities and accessibility for minority artists and their communities to view these works in a manner that is inclusive of their cultural heritage. African-American Shakespeare Company has produced over 30 productions, toured to over 97 schools, and reached over 105,000 patrons through its mainstage productions and arts education program.