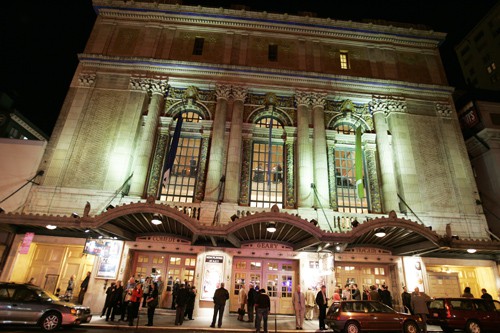 The women of American Conservatory Theater (A.C.T.) will perform Eve Ensler’s The Vagina Monologues as part of the national V-Day celebration. All proceeds from the event, which is spearheaded and produced by members of the A.C.T. Master of Fine Arts (M.F.A.) Program, will go to V-Day 2011 (Spotlight on Women and Girls of Haiti) and La Casa de les Madres women’s shelter in San Francisco.

Through V-Day campaigns, local volunteers and college students produce annual benefit performances of The Vagina Monologues to raise awareness and funds for anti-violence groups within their own communities.

The women of A.C.T. (including Master of Fine Arts Program students and faculty, staff members, core acting company members, and actresses from the community) are proud to present The Vagina Monologues, by Eve Ensler. All proceeds will benefit V-Day 2011 (Spotlight on Women and Girls of Haiti) and La Casa de les Madres women’s shelter in San Francisco. Drinks and baked goods will be available for purchase at the performance.