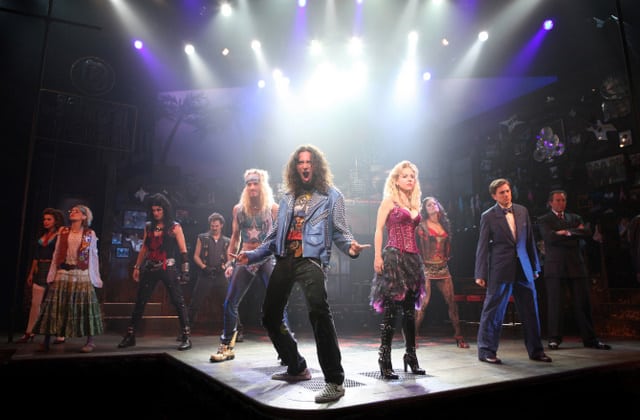 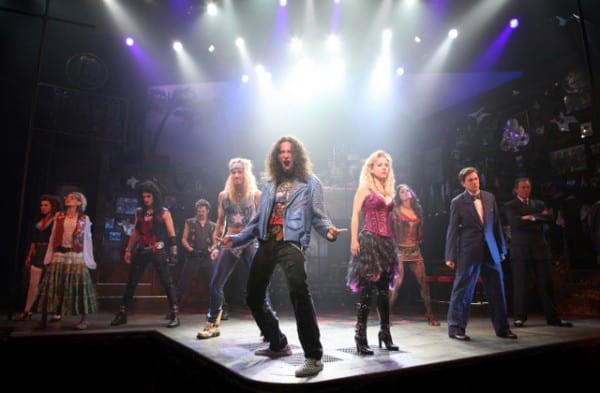 SHN San Francisco has announced that Rock of Ages will play at the Curran Theatre beginning in March. The classic rock love story of the decade erupts into Broadway’s best party, all to the sounds of such feel-good, sing-out-loud songs as Every Rose Has Its Thorn, I Wanna Know What Love Is, Here I Go Again, Don’t Stop Believin’ and more. Rock of Ages plays the Curran Theatre March 8 through April 9 as part of the 2010-2011 Best of Broadway series under the direction of Carole Shorenstein Hays.

In 1987 on the Sunset Strip, a small town girl met a big city rocker and in LA’s most famous rock club they fell in love to the greatest songs of the 80s. An arena-rock love story told through the mind-blowing, the show features the face-melting hits of Journey, Night Ranger, Styx, REO Speedwagon, Pat Benatar, Twisted Sister, Poison, Asia, and Whitenake, and many more.

Coming directly from Broadway is previously announced Tony Award Nominee and “American Idol” finalist, Constantine Maroulis, who will reprise his acclaimed performance as Drew. Maroulis made his Broadway debut in the Tony Award Nominated 2007 production of Wedding Singer and co-starred in Off Broadway’s critically acclaimed production of Jacques Brel is Alive and Well and Living in Paris.

As on Broadway, the National Company of Rock of Ages is directed by Tony Award Nominee Kristin Hanggi (Bare, Pussycat Dolls on the Sunset Strip) and choreographed by Kelly Devine (Jersey Boys – Associate Choreographer). The book is by Chris D’Arienzo (writer and director of the film Barry Munday), the music supervision, arrangements & orchestrations are by Ethan Popp (Tarzan; Europe: We Will Rock You, Mamma Mia) and the original arrangements are by David Gibbs (Counting Crows, Film: That Thing You Do).

A New Line Cinema film of Rock of Ages will be directed by Adam Shankman (Hairspray), distributed by Warner Bros. is scheduled to be released in 2011.