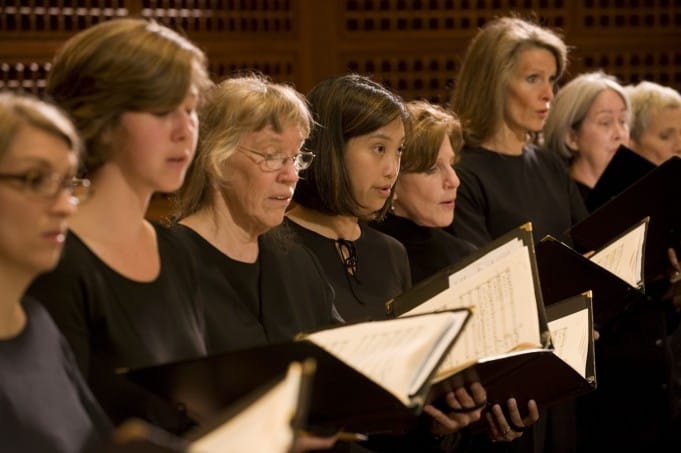 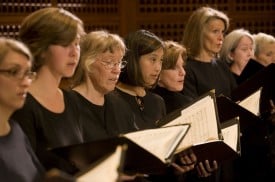 Ragnar Bohlin began his tenure as Chorus Director of the San Francisco Symphony in March of 2007. In 2010, the San Francisco Symphony and Chorus (under the direction of Michael Tilson Thomas and Bohlin, respectively) garnered three Grammy Awards for their recording of Mahler’s Symphony No. 8, including Best Choral Performance and Best Classical Album. Bohlin currently teaches at the San Francisco Conservatory of Music, has taught at the Royal Academy in Stockholm, and in February 2008 he was a visiting professor at Indiana University.

In June 2010, Bohlin made his Carnegie Hall debut conducting Brahms’ Ein deutsches Requiem, and in the summer of 2011 he will appear as guest conductor of the São Paulo (Brazil) Symphony Orchestra and Chorus.

One of only a handful of dedicated orchestra choruses, the San Francisco Symphony Chorus is recognized internationally as one of America’s finest. Established in 1972 at the request of then-Music Director Seiji Ozawa, the 142-member Chorus, consisting of 30 paid and 112 volunteer singers, gives a minimum of 26 performances each season and has sung under the many of the world’s major conductors, including SFS Music Director Michael Tilson Thomas, SFS Conductor Laureate Herbert Blomstedt, Kurt Masur, Neville Marriner, Roger Norrington, Yuri Temirkanov, Wolfgang Sawallisch, and Robert Shaw. In 2010, the San Francisco Symphony and Chorus won a Grammy for Best Choral Performance for their recording of Mahler’s Symphony No. 8, and previously won that award for recordings of Orff’s Carmina burana and for Brahms’ Ein deutsches Requiem.

The 2003 SFS Media recording of Mahler’s Symphony No. 3, featuring the women of the Chorus, won the Grammy Award for Best Classical Album. The Chorus is also featured in the second season of Keeping Score, the SFS’s national television program, on the episode featuring Ives’s Holiday Symphony. The episode aired on PBS in October 2009 and is now available on DVD and Blu-ray.