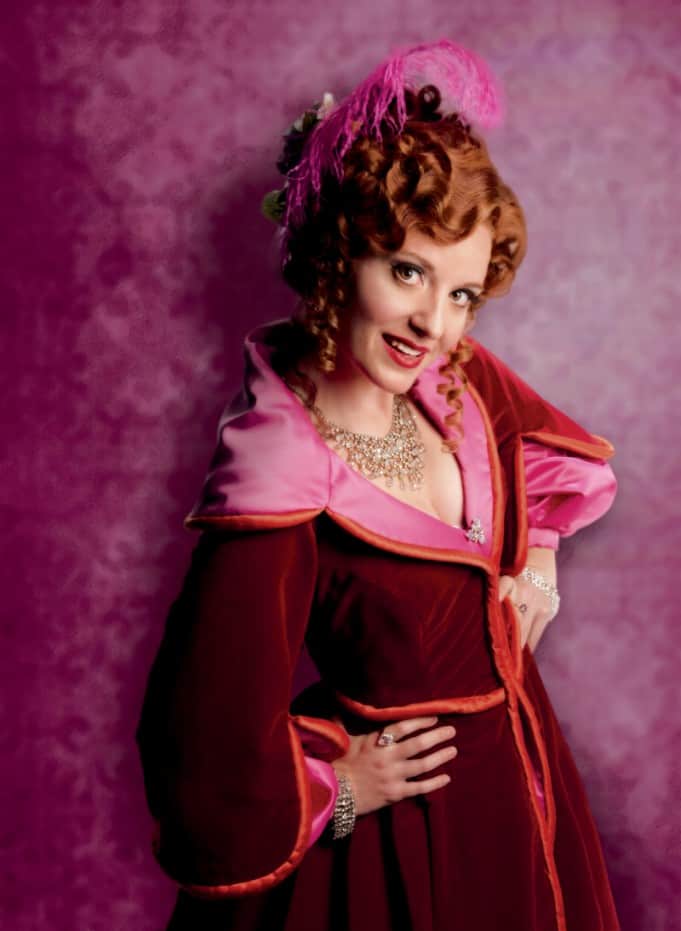 Opera San José has announced it will present Puccini’s timeless classic La bohème. A story of young love set against the impoverished but joyous lifestyle of 19th-century bohemian Paris, La bohème is Puccini’s most beloved opera and for many the quintessential opera.

Based on Henri Murger’s memoir Scenes de la vie de bohème, with libretto by Luigi Illica and Giuseppe Giacosa, La bohème is Puccini at his most tender and sympathetic. It is Christmas Eve, 1840. Four passionate, yet penniless artists share an attic apartment in the Latin Quarter of Paris: Rodolfo, a poet; Marcello, a painter; Colline, a philosopher; and Schaunard, a musician. Though leading a life of poverty, they are bursting with youthful idealism and a lust for life. When Rodolfo falls for the beautiful but frail seamstress, Mimì, their ill-fated love affair becomes the emotional center of the story, as this band of bohemians experience the joy and the heartbreak of living in the raw splendor of the moment.

La bohème premiered on February 1, 1896 at Turin’s Teatro Regio and launched its 38-year-old composer into international fame. One of the most performed operas around the world, La bohème has touched the hearts of audiences for over a century and has inspired films and most notably the Pulitzer Prize-winning Broadway musical, Rent, a modern-age tale of artists and musicians struggling to survive in Manhattan’s Lower East Side under the shadow of the AIDS epidemic. The New York Times called La bohème “the world’s most popular opera” and for many it is the quintessential opera; a touching story with universal appeal, heightened by the expressive beauty of a beloved composer.

Italian composer Giacomo Puccini (1858-1924) is distinguished as one of the most popular composers in opera history. He began his music career as a church organist, but after seeing a production of Verdi’s Aida he knew his future was in opera. After his early success with the opera Manon Lescaut in 1893, Puccini continued his productive partnership with librettists Luigi Illica and Giuseppe Giacosa to adapt Murger’s memoir Scenes de la vie de bohème for the opera stage. Further collaboration with the librettists resulted in the creation of Tosca (1900) and Madama Butterfly (1904). La bohème was Puccini’s fourth opera and is widely considered a masterpiece. A master of the verismo style, Puccini was especially sympathetic to the life of the young Parisian bohemians, having himself been a poor artist in his youth.

David Rohrbaugh, Opera San José’s founding Music Director and Principal Conductor, will conduct La bohème. Dr. Rohrbaugh has conducted more than 60 productions and 600 performances, including company premieres of La rondine, Der fliegende Holländer, Falstaff, Un ballo in maschera, and Werther. He is a professor emeritus of voice and opera from San José State University, where he taught for 30 years and co-directed the Opera Workshops with Opera San José General Director, Irene Dalis. The May 1 and 3 performances will be conducted by Joseph Marcheso. Marcheso conducted performances of Opera San José’s Manon in the 2009-10 season and shared conducting duties in La Cenerentola, The Elixir of Love and Lucia di Lammermoor. He has conducted more than 30 operas with Amato Opera in his native NYC where he was appointed Music Director, and served as conductor and coach at both the Shaker Festival/Albany Symphony and at the Dartington Festival in Dartington, England.

Timothy Near, former Artistic Director of San José Repertory Theatre, returns to Opera San José to direct La bohème, which she describes as “an opera for all time, because it tells a youthful tale to which we can all relate. We recognize and love these four crazy young artists and their eccentric girlfriends,” says Near. “The recitative is short and energetic and sounds just like people talk; there are great tunes that are loaded with emotional messages and repeated so often we leave the theatre singing. I am thrilled to have the opportunity to remount this beloved Opera San José production, creating the bohemian world of Paris in 1840 with all its colorful eccentricity and youthful passion.”

Previously, Near received critical acclaim for her direction of Opera San José’s productions of Lucia di Lammermoor and The Crucible. In 2009, Near concluded 22 years as Artistic Director of San José Repertory Theatre, during which time she directed over 35 plays and developed and produced over 25 new works. As a freelance director, she has directed at numerous theaters around the U.S. including the Guthrie Theater, Berkeley Repertory Theatre, La Jolla Playhouse, Ford’s Theatre, Cincinnati Playhouse in the Park, New York Shakespeare Festival, A Contemporary Theatre of Seattle and most recently, California Shakespeare Theatre, where she received accolades for her riveting production of George Bernard Shaw’s Mrs. Warren’s Profession.

Near directs this revival of Opera San José’s acclaimed version of La bohème first conceived and directed in 2006 by David Cox with set designs by Kim A. Tolman and costume designs by Barbara Barrett and Patricia Havey. The 2011 production will feature Tolman’s new set design for Acts I and IV, new lighting design by Kent Dorsey, and wig and makeup designs by Jeanna Parham.

Eight performances are scheduled from April 23 through May 8 at the California Theatre, 345 South First Street in downtown San José. Tickets are on sale at the Opera San José Box Office, by phone at (408) 437-4450 or online at www. This production of La bohème is sponsored by the Applied Materials Foundation, and made possible, in part, by a Cultural Affairs Grant from the City of San José.