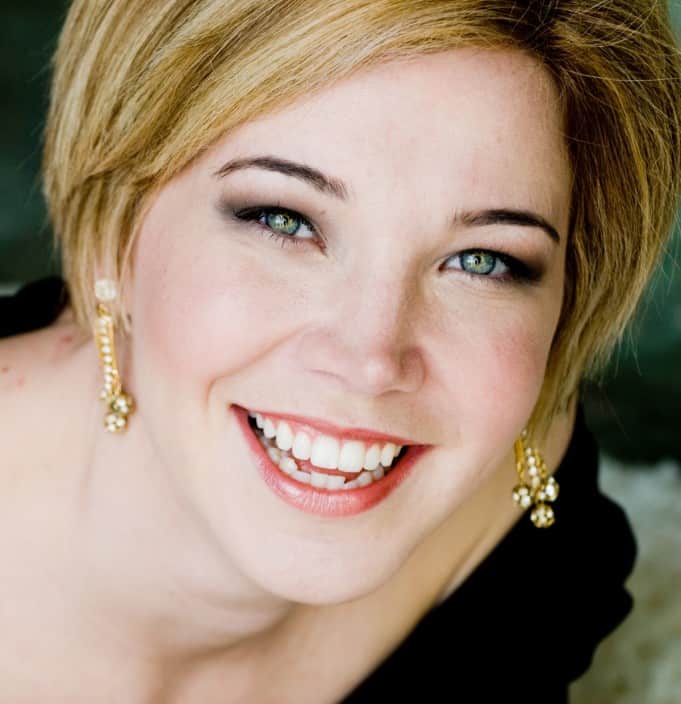 Former Music Director of the New York and London Philharmonics, Kurt Masur is also Honorary Music Director for Life of the Orchestre National de France. Known for his interpretations of German Romantic music, Masur has conducted almost every major orchestra across the world, and recorded more than 100 albums including several with the London Philharmonic, with whom he created an in-house label, and a Grammy-nominated album with Anne-Sophie Mutter and the New York Philharmonic. Known for his central role in the peaceful reunification of Germany in 1989, Masur has received government honors from many countries, including the Cross with Star of the Order of Merit (Germany), Grand Officer of the Legion of Honor (France), and the Commander Cross of Merit (Poland).

Soprano Susannah Biller is a first-year Adler Fellow with the San Francisco Opera. This season, she appeared as Sophie and Katchen in Werther and Kristina in The Makropulos Case. She soon makes her debut with San Francisco’s Ensemble Parallèle as Eurydice in Philip Glass’ Orphée.

Mezzo-soprano Maya Lahyani is also a first-year Adler Fellow with the San Francisco Opera. Lahyani served as a soldier-musician in the Israeli defense forces before receiving her bachelor’s and master’s degrees from Mannes College of Music in New York, and was also a member of the Merola Opera program in San Francisco in 2009.

Acclaimed Israeli actor Itay Tiran was trained as a concert pianist before starting his career in theater. In 2003, Tiran won the ‘Promising Young Actor Award’ from the Israeli Theatre, and since then has acted in many stage and film productions, including in the film Beaufort, nominated for the Best Foreign Language Oscar in 2008. Tiran is a member of the Gropius Ensemble, an ensemble which combines theatrical and classical music elements in productions of works including Stravinsky’s A Soldier’s Tale.

PRE-CONCERT TALK: James Keller will give an “Inside Music” talk from the stage one hour prior to each concert. Free to all concert ticket holders; doors open 15 minutes before.

TICKETS: $35-$140. Tickets are available at www, by phone at
415-864-6000, and at the Davies Symphony Hall Box Office, on Grove Street between Van Ness Avenue and Franklin Street in San Francisco.