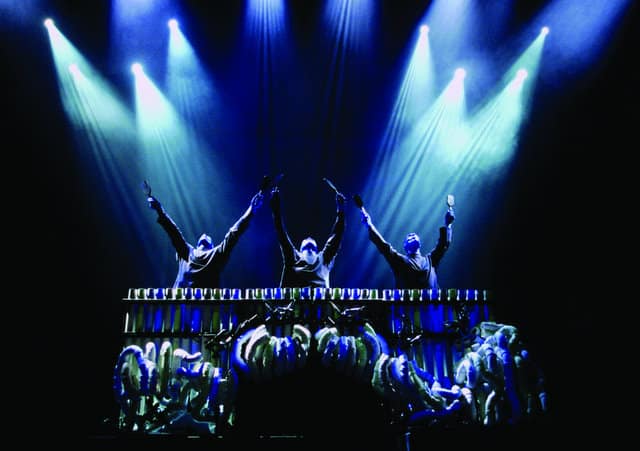 SHN San Francisco has announced that the town is about to turn blue. Very blue.

Best known for their wildly popular theatrical shows and concerts which combine comedy, music, and technology to produce a totally unique form of entertainment, Blue Man Group will be performing for just under a month when they come to the city.

Although it is impossible to describe, people of all ages agree that seeing “Blue” is intensely exciting and wildly outrageous. The audience has been know to be left in a blissful, euphoric state. With no spoken language, the show is suitable for people of all ages, languages, and cultures.

Did you know… there are a number of different themes found in various Blue Man performances? These themes include: science and technology, snformation overload and information pollution, innocence, self-conscious and naïve imitation of cultural norms, the Outsider (Blue Men always appear as a group of three. This is because not only are Blue Men viewed as outsiders to the rest of the world, but three is the smallest group possible wherein there can be a subgroup of more than one as well as a subgroup of one, the outsider) and rooftops.