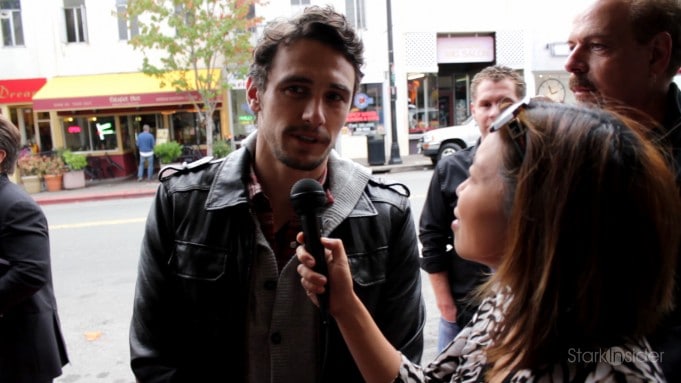 Before the Academy Awards clean-up (shave, slick duds and a quick smile) James Franco was in the San Francisco Bay Area recently for a screening of the survival film ‘127 Hours’. Here’s the interview from his red carpet arrival at the event which was part of the Mill Valley Film Festival.

Director Danny Boyle (‘Slumdog Millionaire’) can also be seen here accompanying Franco and they both appear energetic and eager to talk about the film based on real-life canyoneer Aron Ralphston. The movie has some controversy surrounding its graphic scenes related to Ralphston’s life-or-death bid for survival after he finds himself trapped in the middle of the barren Utah landscape.

Sure enough, at this screening there was some commotion mid-way through the film as at least one person had to leave the theater. However, the scenes in question leave most of the details to the imagination. And later at a post-screening Q&A Boyle was quick to point out that they were necessary to portray the experience of fighting for survival.

‘127 Hours’ has received six Oscar nominations (best picture, director, film editing, original score, original writing, adapted screenplay). For Franco it could be a remarkable evening. His nomination for best actor in the film means he’s the eight nominee/host. Others have included Walter Matthau for ‘Kotch’ (1972), Michael Caine for ‘Sleuth’ (1973), and David Nixen for ‘Separate Tables’ (1958). 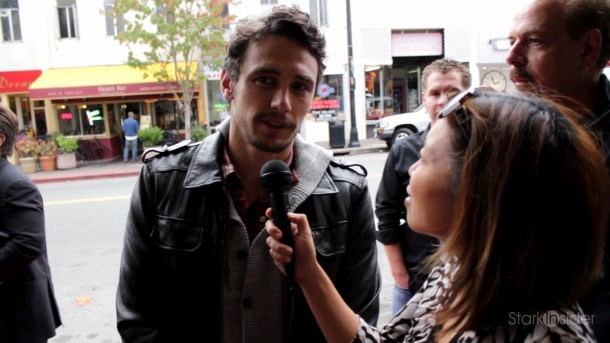