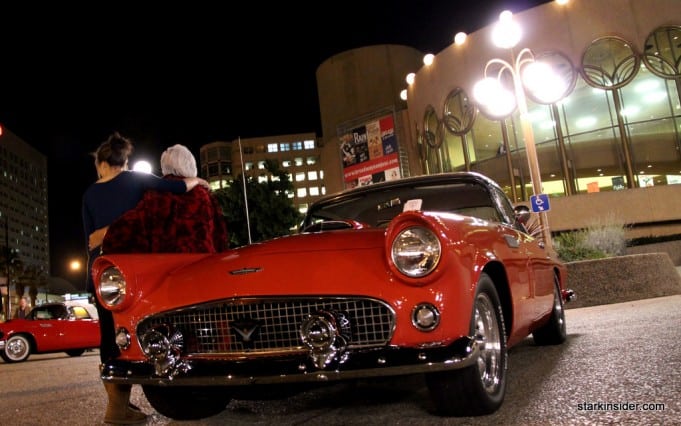 In case the ’57 T-Birds parked out front didn’t tip you off, Grease is the word here in downtown San Jose! The national tour of the new Broadway production of Grease starring Eddie Mekka of Laverne & Shirley fame rolled into town (with furry dice hanging from the rear view mirror) and is now playing at Rydell High aka the San Jose Center for the Performing Arts.

If you saw the show let us know what you thought in the comments!

Stark Insider was there to capture the action and here are some of the shots. If you want to learn how to hand jive, be sure to come back soon for a special on location video with the cast.

The new production features songs from the smash hit 1978 motion picture, including “Sandy,” “Hopelessly Devoted to You,” “Grease,” and, of course, the perennial, “You’re the One That I Want” — the latter two of which were #1 hits on the Billboard Top 100.

Grease was nominated for 7 Tony Awards during its initial Broadway run, and closed after 3,388 performances.

The most recent Broadway production (August 2007 – January 2009) was born out of NBC’s talent competition Grease: You’re the One that I Want during which America voted for her favorite contestants to play the lead roles of Sandy and Danny on Broadway. Matt Nolan who plays “Danny” in the touring production was a finalist on the show.

Let us know what you think in the comments below… did you like the show? What’s your favorite Grease memory, song, quote… ?