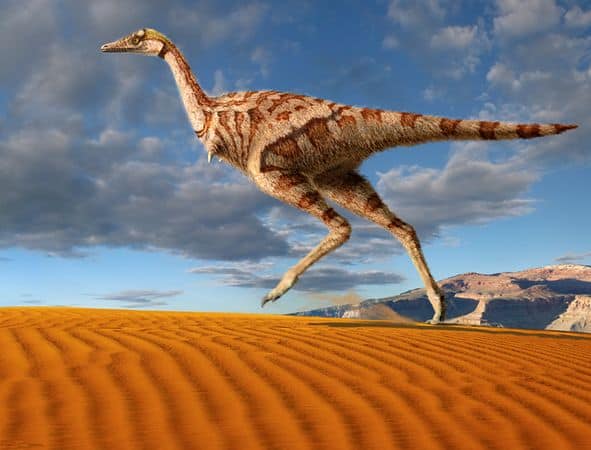 Say hello to Linhenykus, two-legged carnivore. Just don’t expect his wave back to be too impressive. According to National Geographic News, scientists have unearthed the dinosaur, which had one enlarged digging finger on each hand and weighed no more than a parrot, in Northeast China. While it’s unclear how strict its Tiger mother was, we do know that the new dinosaur was discovered in a fossil-rich rock formation that dates to the late Cretaceous period, between 84 and 75 million years ago.

“Some researchers speculate that these dinosaurs used their hands to dig [up] termite nests,” said study leader Xu Xing of the Institute of Vertebrate Paleontology and Paleoanthropology in Beijing. This was probably the case for Linhenykus as well, he said.

Alvarezsaurus fossils, of which this therapod belongs, have been found in North and South America as well as Asia, dating from the late Jurassic to the late Cretaceous.

Although the single digit was its primarily method for digging, it also had nubs. It was noted these extra fingers would’ve been biologically inexpensive to maintain. It demonstrates that hand evolution in this group “did not follow a simple linear trend,” according to the authors of the report.

The findings were reported in the Proceedings of the National Academy of Sciences journal.