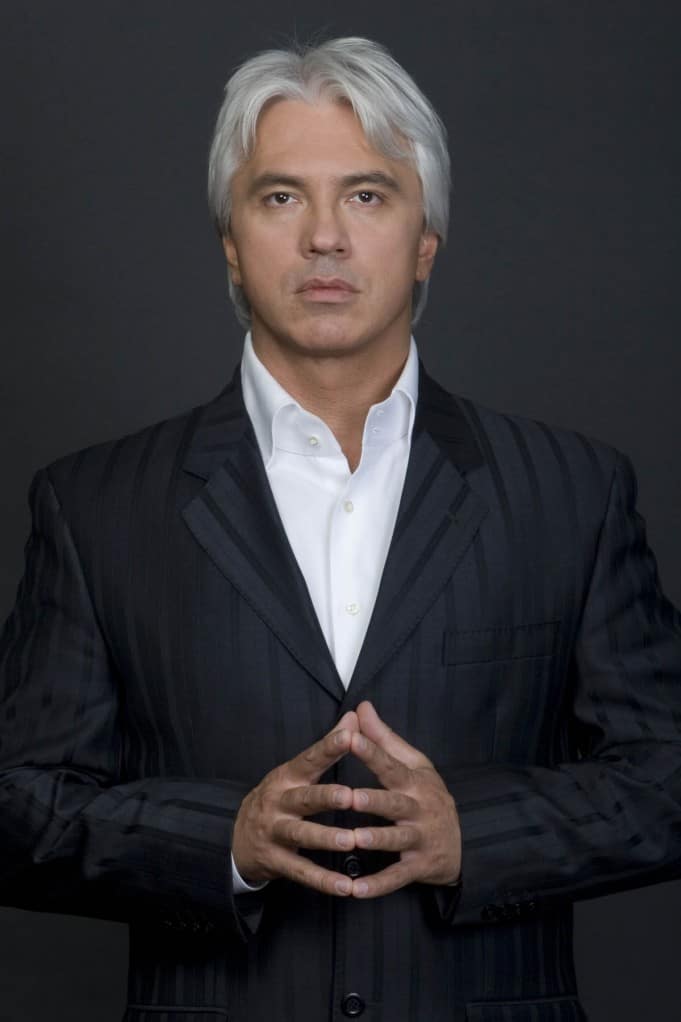 Born and educated in Krasnoyarsk, Siberia, Hvorostovsky came to the attention of the music world after winning the Cardiff Singer of the World competition in 1989. Since then he has appeared in opera and concert houses internationally, including those in New York, Vienna, Tokyo, Milan, and Moscow.

He opens at the Metropolitan Opera on January 20 in the title role of Simon Boccanegra. Recently, Hvorostovsky and Ilja released a recording of several of Tchaikovsky’s romances, material he will draw upon as part of the February 13 concert. Hvorostovsky also released a disc of songs on the texts of Pushkin, in addition to a DVD with soprano Reneé Fleming about the pair’s recital series in St. Petersburg.

Hvorostovsky gave the first performance by an opera singer in Red Square, and, in 2005, Russian President Putin invited him to give a recital tour of several major Russian cities. He last appeared at Davies Symphony Hall in recital in January 2009.

In addition to his recital partnership with Hvorostovsky, Estonian pianist Ivari Ilja also collaborates regularly with many singers, including Irina Arkhipova, Maria Guleghina, and Elena Zaremba. Alongside his career as an accompanist, Ilja performs and tours as piano soloist with orchestras including the Moscow Symphony Orchestra, the Estonian National Orchestra, and the St. Petersburg Symphony Orchestra, and performs across Europe in solo recital.

TICKETS: $15–83.   Tickets are available at www, by phone at 415-864-6000, and at the Davies Symphony Hall Box Office on Grove Street between Van Ness Avenue and Franklin Street in San Francisco.