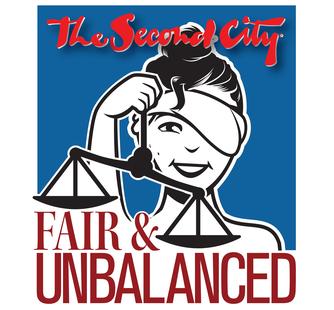 What do Bill Murray, Mike Myers, Steve Carell, Julia Louis-Dreyfus, and Tina Fey have in common?

They all got their start at Chicago based The Second City, the premier training ground for the comedy world’s best and brightest. On February 23, The Second City brings its Fair & Unbalanced tour to Montalvo Arts Center’s Carriage House Theatre.

The show includes materials from The Second City’s vast resource of archives, presented in a two-act review of its celebrated brand of topical sketch comedy, hilarious songs, and on-the-spot improvisation that changes with every performance.

Just a few short years after The Second City launched in Chicago in 1959, the theatre formed Touring Companies that began performing all over North America at theatres, clubs, colleges, and performing arts centers. This became the model for developing the comedic talent that would grace the Chicago and Toronto resident stages of The Second City and often onto movies and television shows like Saturday Night Live.

Fair & Unbalanced takes “unbridled comic pleasure in the foibles of politicians, celebrities and even significant others.” No institution escapes the satiric eye of The Second City – from the blowhards of the Beltway to the Hollywood elite. Ripped from the stages of Second City’s legendary theatres in Chicago and Toronto, the rides takes to through present day America.