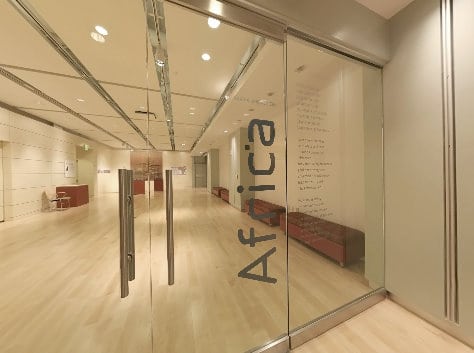 The Museum of the African Diaspora is participating in the Bay Area’s recognition of Black History Month this February with a culturally rich range of events that offer something for everyone — from schoolchildren and families to jazz aficionados to former Civil Rights Movement activists who kept their hands on the freedom plow.

During February, the public is invited to meet veterans from the Civil Rights Movement, or trace New Orleans’ musical influence on American music. Guests can learn about African American speculative literature, drop in for a family history workshop, or to watch the African American Quilting Guild create a masterpiece right before their eyes.

To kick off Black History Month, MoAD will host “One Vision, One Struggle, Many Battlefields” Saturday, February 5 from 2 pm to 5 pm. During this historically rich afternoon, visitors will be invited to view the Bay Area premiere of a new American Experience film, “Freedom Riders,” directed by Stanley Nelson (“The Murder of Emmett Till,” “Jonestown,” “Wounded Knee”). The documentary will air on KQED Public Television 9 in May 2011, marking the 50th anniversary of the harrowing and often violent Rides that drew attention to Jim Crow discrimination. American Experience is produced for PBS by WGBH Boston. In addition, guests will enjoy a program of songs from the Civil Rights Movement, plus readings and discussion with contributors to the book, Hands on the Freedom Plow: Personal Accounts by Women in SNCC. Booksignings will follow. Hands on the Freedom Plow recounts the stories of 52 women from multiple racial backgrounds, who fought on the front lines of the Civil Rights Movement as part of the Student Nonviolent Coordinating Committee. The events of February 5 are offered in partnership with the Bay Area Veterans of the Civil Rights Movement.

Another event in MoAD’s Authors in Conversation series will be held Saturday, February 26, at 2 pm. Lewis Watts and Elizabeth Pepin will discuss their book, Harlem of the West: The San Francisco Fillmore Jazz Era, in which they look at San Francisco’s unique jazz history in the Fillmore district during the 1940s and 1950s.

Free to the public with MoAD admission.

Museum of the African Diaspora

ADMISSION
General Admission $10.00; Students and Seniors $5.00; Members and Children 12 and under w/adult FREE