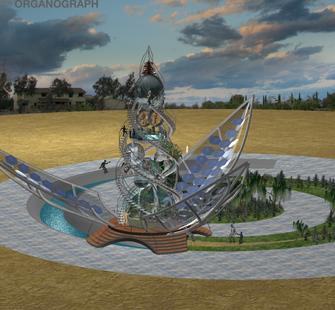 Montalvo Arts Center’s Final Fridays, a free, monthly program that highlights artists from the Lucas Artists Residency Program, returns this January with performance artist Pamela Z. In February, Montalvo hosts one of the finalist groups for the Climate Clock project; and in March, composer Tom Baker will perform his first string quartet.

The Final Fridays series has brought hundreds of visitors to Montalvo for an inside peek at Montalvo’s Lucas Artists Residency Program.

Running January through October each year, all events take place on the last Friday of the month at 6 p.m., are free and open to the public, and include a no-host bar. 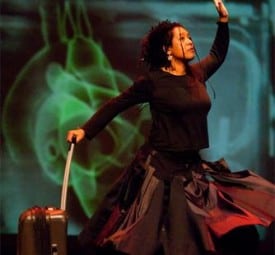 January 28: Pamela Z is a composer/performer and media artist who makes solo works combining a wide range of vocal techniques with electronic processing, samples, gesture activated MIDI controllers, and video. She will perform live excerpts and present documentation from existing work and works-in-progress (including her new project “Memory Trace”) using her voice, live processing, sampled sounds, gesture control, and interactive projected video. She will then discuss the work, giving insights on her creative process, take questions and answers from the audience, and give audience members a chance to interact with some of her tools and media.

February 25: The Climate Clock Global Initiative is a collaboration among Montalvo, SJSU, 1stACT, the City of San Jose Public Art program, and ZER01. The project brings together artists, scientists, and anthropologists in a unique effort to help people understand climate change. Three finalist teams are currently creating proposals to bring their ideas into development. For this month’s Final Fridays, the second Climate Clock artist team, lead by Chico MacMurtrie with Bill Washabaugh, Geo Homsy, and Gideon Fink Shapiro, will discuss their project. Q&A will follow.

March 25: Tom Baker has been active as a composer, performer and music producer in the Seattle new music scene since arriving in 1994. For his Final Fridays presentation, “Sounding a Picture,”Baker will present his latest composition (which is also his first string quartet), String Quartet No. 1. This work is the result of a dream about string quartets accompanying a reading of “Invisible Cities,” a novella by Italo Calvino. Each movement of this new work corresponds to the description of an imaginary city from the book. Baker will discuss his own compositional process and how it relates to the text, and will play excerpts of other works and their own programmatic relations.