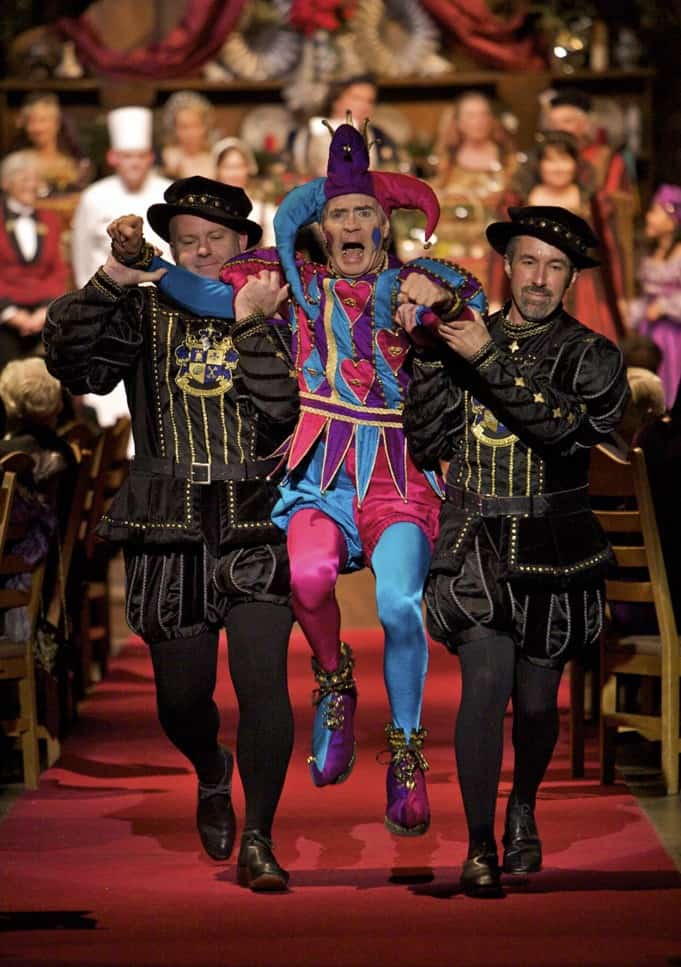 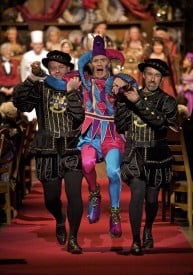 Celebrating its 84th anniversary this holiday season, The Bracebridge Dinner is an American theatrical and culinary tradition that transforms the historic Ahwahnee Hotel into a 17th century English manor for an elaborate feast of food, song and mirth. The Ahwahnee is a full-service, AAA Four-Diamond hotel located in the winter wonderland of Yosemite National Park.

The evening celebration transports guests to Old England, where more than 60 professional singers, court characters and other performers tell the story of a Christmas feast with Lord Merrick of Bracebridge and his entertaining household.

During each of eight performances, up to 300 guests enjoy a lavish, seven-course dinner inspired by elaborate Old English Christmas cuisine by The Ahwahnee’s Executive Chef Percy Whatley, with service meticulously choreographed as part of the show. The Ahwahnee Dining Room, with its 50-foot ceiling topped by massive sugar pine beams, serves as the Great Hall at Squire Bracebridge’s manor. The entire room is a stage, crowned by a Squire’s table at the far end of the room and decked with elaborate holiday decorations, many of which are restored originals from the first productions in the late 1920s.

Enhancing The Bracebridge Dinner experience at The Ahwahnee are five special concert presentations in the hotel’s Great Lounge by the show’s producer, Bay Area-based Andrea Fulton, and her Chorale and soloists. The concerts feature musical performances of holiday favorites, as well as pieces from the opera and Broadway repertoire.

This year, indulge yourselves knowing that you’re getting the best value for your money. Attend the first three sessions starting at 50% off regular package pricing.

LIMITED HALF PRICE OFFER:
A limited number of Bracebridge Dinner one-night packages are available at a 50% discount for the performances on December 13, 14 and 16 at Yosemite Lodge at the Falls and December 14 at The Ahwahnee. Package includes lodging for two, two tickets to The Bracebridge Dinner, gratuity, a portrait sitting and shuttle service for non-Ahwahnee guests.  First come, first served. Limited availability. Package starts at $508 at Yosemite Lodge at the Falls ($1,307 value) and $640 at The Ahwahnee ($1,299 value). For information and reservations, please call (801) 559-4989 and mention promotional code “REDUCED” or visithttps://www.yosemitepark.com/bracebridge-rate-bogo-2010.aspx.

Packages include:
• Lodging for two
• Two tickets to Bracebridge Dinner