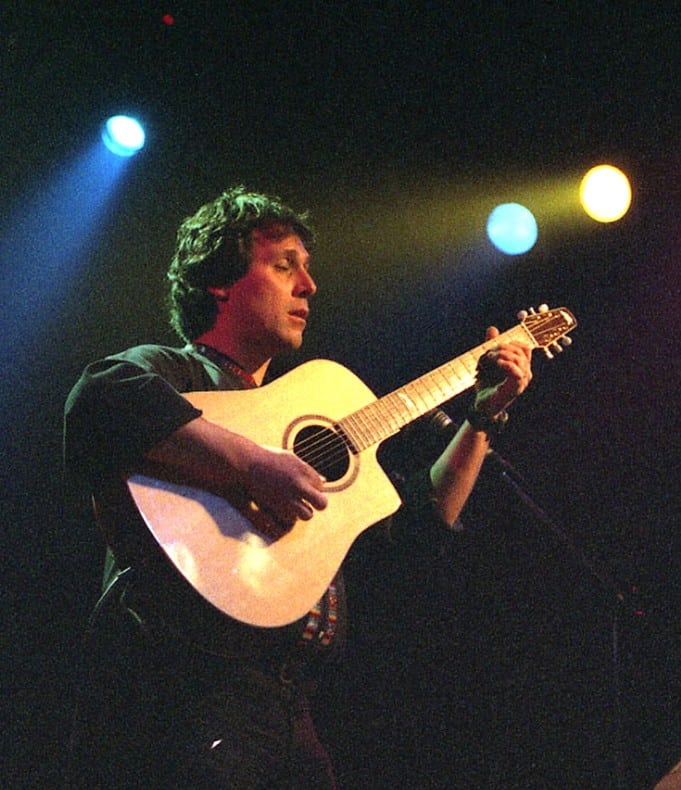 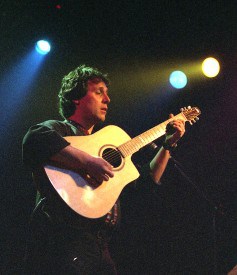 Eric Johnson, Andy McKee and Peppino D’Agostino, three of the most popular, talented, innovative and musically rich guitar players and composers in contemporary music, will bring their acoustic guitars together to perform at the Marin Center on January 16th at 3pm in Guitar Masters.

The event features individual sets by each musician capped with a finale where all three interplay and collaborate for the first time together to offer an engaging and enlightening aural feast of acoustic six-string mastery and melodic brilliance.

The show is sure to be an unforgettable musical experience for concertgoers that unite guitar virtuosos not just known for their awesome skills and technique but a mutual gift for song composition and melody and drawing out the full musicality of the solo acoustic guitar to near-orchestral dimensions. Creative sparks, one-time only stunning improvisations and mutual inspiration are sure to abound as they come together at the end of every show to offer a value-added concert bill that appeals to fans of many musical styles as well as guitar aficionados. 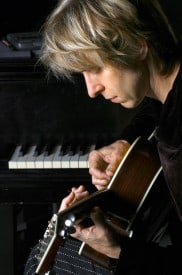 Grammy-winner Eric Johnson is one of the most respected and renowned guitarists playing today. Celebrated for his electric six-string playing and songwriting gifts but also his acoustic talents that have graced his albums. He is enshrined in Guitar Player’s Gallery of Greats and was named one of the 100 Greatest Guitarists of the 20th Century by Musician magazine, took three instrumental songs from his 1990 platinum album Ah Via Musicom into the pop Top 10, and boasts a total of five Grammy nominations. “He’s an extraordinary guitar player accessible to ordinary music fans,” raves the Memphis Commercial Appeal.

Andy McKee is an Internet phenomenon whose solo acoustic six-string performance videos and compositional flair have racked up an astounding 78 million-plus plays on YouTube, where he has also held the three Top-Rated Videos of All Time. 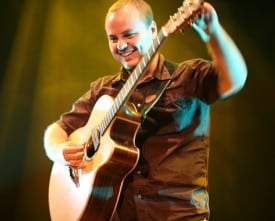 His creative and innovative use of altered tunings, syncopated rhythm guitar taps, partial capos, and his textural use of polyphonic tones and drones won him Acoustic Guitar magazine’s worldwide Silver Medal award for fingerstyle playing in 2008. With six strong-selling and critically-lauded independent albums to his credit, McKee is a popular and engaging live music attraction who plays some 200 shows a year internationally. As the Lawrence Journal observes, McKee has “forged a distinctive style that proves eye-opening and ear-opening to many.”

Native Italian Peppino D’Agostino “plays steel-string guitar with virtuosity and complexity… Influences as far-flung as the flamenco work of Paco de Lucia and the pop sensibilities of the Beatles, evident in the songs he’s written, which brim with memorable melodies,” raves the Chicago Tribune. Now residing in San Francisco, he was voted Best Acoustic Guitarist in Guitar Player’s 2007 Readers Poll and won Acoustic Guitar’s Players Choice Award the following year for Best Acoustic Album Of All Time. He has nine previous U.S. CD releases, including collaborations with electric rock guitar star Stef Burns and classical guitar expert David Tanenbaum, and also adds his steel string playing to eight nylon-string savants in the United Guitar Ensemble. The San Diego Reader hails D’Agostino as “a giant of the acoustic guitar.”

The show will coincide with the release of Johnson’s new album, Up Close, on his own Vortexan label via EMI. McKee issued his latest recording, the CD/DVD package Joyland, on Razor & Tie Records in March of 2010. And D’Agostino’s latest album, Nine White Kites, came out on his own label in August of 2010.