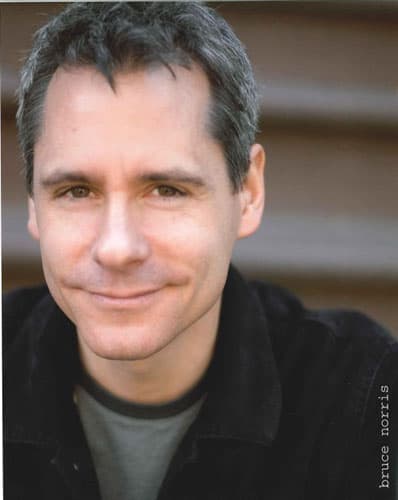 Act I opens in 1959, as a white couple sells their home to a black family, causing uproar in their middle-class Chicago neighborhood. Act II transports us to the same house in 2009, when the stakes are different, but the debate is strikingly familiar. Amid lightning-quick repartee, the characters scramble for control of the situation, revealing how we can—and can’t—distance ourselves from the stories that linger in our houses.

“Bruce is an extraordinary writer,” said Moscone. “In this play he is able to depict the very delicate subject of race relations with a combination of piercing intelligence, genuine emotion, and sharp-edged humor. His voice is undeniable. I’m thrilled to be working with members of A.C.T.’s core acting company on this play, which is one of the most exciting and provocative pieces of theater I have ever read.”

“We know Clybourne Park will trigger fascinating debates throughout the whole Bay Area community. We like to say that the third act of this play will be the postplay discussion,” says A.C.T. Artistic Director Carey Perloff.

In anticipation of lively audience response to the play—which delves into many timely topics—A.C.T. is adding Experts Talk Back, a new postshow discussion series, to the regularly scheduled InterACT events that will take place throughout the run of Clybourne Park. These talkbacks—scheduled for several Thursdays following the 8 p.m. performance—will feature local experts who will lead discussions about many of the provocative topics (including gentrification and other issues of race and class) that percolate throughout the production, specifically focusing on their relevance to the Bay Area.

Tickets (starting at $10) are available by calling the A.C.T.