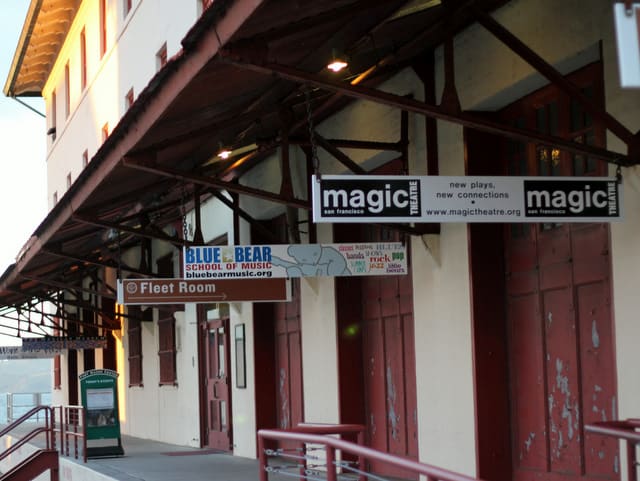 Magic Theatre announced that three organizations – the National Endowment for the Arts (NEA), the Columbia Foundation and the Kenneth Rainin Foundation – have awarded $120,000 in grants for the rolling world premier production of The Lily’s Revenge, by Taylor Mac. Mr. Mac received the Obie Award for the showcase production of the play in 2010.

“The Lily’s Revenge is theatrically epic,” said Loretta Greco, the Magic’s producing artistic director. “A five act party experienced over five hours, with six directors, a creative company of 50 in collaboration with six adventuresome Bay Area performing arts companies. It may be the most ambitious production Magic has ever attempted in its 44-year history. This support is a tremendous boost to Magic’s momentum, affirming our national impact and the importance of creating this once-in-a-lifetime experience for Bay Area audiences.”

The Lily’s Revenge tells the story of a flower that goes on a quest to become a man in order to wed his beloved bride. It is the first Taylor Mac play presented by the Magic.

The Magic requested and received $50,000 from the NEA. It is one of the largest of more than 100 NEA Access to Artistic Excellence grants to American theatre companies this year. Steppenwolf Theatre in Chicago was awarded a $35,000 to support the production of Middletown written by playwright Will Eno and The Woolly Mammoth Theatre in D.C. was awarded a grant to support a production of Luis Alfaro’s Oedipus El Rey, which had its world premiere at the Magic this past February.

For the second consecutive year, the Columbia Foundation is supporting a Magic Theatre premiere production. Columbia awarded $35,000 for Oedipus El Rey. It has committed $50,000 for The Lily’s Revenge. 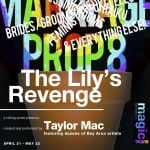 The Kenneth Rainin Foundation granted Magic $20,000. This is the first time that this foundation has funded Magic Theatre. $20,000 is the maximum grant they award to performing arts organizations.

Brad Erickson, Executive Director of Theatre Bay Area, said, “For an organization the size of Magic Theatre to receive such a substantial grant from the NEA is quite unusual. For it to receive grants in consecutive years from Columbia is even more impressive. I’m very pleased to see the Magic recognized for the quality of its works by such prestigious institutions. It’s a testament to the Bay Area’s appreciation of exemplary theatre and the Magic’s innovative leadership”.

Founded in 1967, Magic Theatre is one of the most prominent theatres in the nation solely dedicated to development and production of new plays. Magic Theatre plays and playwrights have won numerous awards, including Pulitzer Prizes, Kennedy Center Award, NAACP Image Award, Obie Awards, Pen-West Awards, Bay Critics Circle Awards and Los Angeles Drama-Logue Awards. The list of playwrights whose works have premiered at the Magic reads like a “Who’s Who of American Theatre”: Sam Shepard, Theresa Rebeck, David Mamet, Paula Vogel, Nilo Cruz, Charles Mee, Anne Bogart, Luis Alfaro, and Tarell Alvin McCraney. Eight of eleven productions presented by Magic in the past two years have received further productions across the United States and in Manila.

The National Endowment for the Arts (NEA) is a public agency dedicated to supporting excellence in the arts, both new and established; bringing the arts to all Americans; and providing leadership in arts education. Established by Congress in 1965 as an independent agency of the federal government, the Arts Endowment is the largest annual national funder of the arts, bringing great art to all 50 states, including rural areas, inner cities, and military bases.

Columbia Foundation is dedicated to furthering the public welfare within the limits of nature. Its grantmaking for the arts is focused on programs that provide opportunities to artists from diverse cultures for the creation, development, performance, or exhibition in the performing, literary, or visual arts. Current priorities are:
1. New work that demonstrates the potential: for artistic excellence, to reach large and diverse audiences, and/or to make a significant, new contribution to the art form;
2. Art that is experimental, risk-taking, and/or engages controversial issues; and
3. Programs that involve young artists, and/or art in community settings as well as within arts organizations.