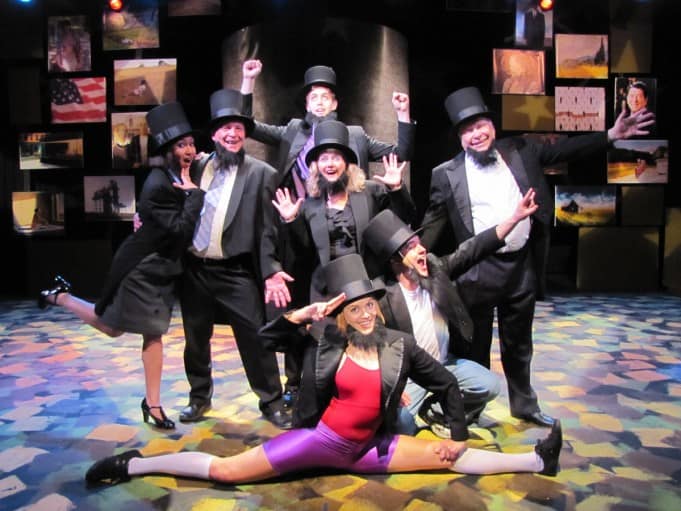 Was Abraham Lincoln really gay? In spite of the title of this production, that really isn’t what the story is about. It also isn’t about a dance party. This highly amusing satire on the state of our current political discourse is really about intolerance, bigotry and hypocrisy, in no particular order. Set in conservative rural Illinois, Abraham Lincoln’s Big Gay Dance Party skewers right-wing conservative Republicans and big-town liberal Democrats equally.

The evening begins with fourth grade teacher Harmony Green’s (Karen DeHart) holiday class pageant where she substitutes the usual Christmas fare with a program about past presidents. Sounds innocent enough … that is until the part about Abe Lincoln being gay generates hysteria and brings the uber-conventional house down.

Washed-up conservative DA Jerry Hauser sees an opportunity to get back into the spotlight and further his bid for Governor by putting Harmony on trial in what is being called in that neck of the woods as ”the trial of the century”. Not to be out done, Jerry’s Republican primary opponent, defense attorney Regina Lincoln pleads for the defendant. 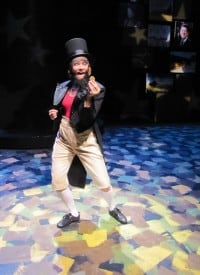 The performance makes liberal use of audience interaction and further engages the viewers by randomly selecting an individual to choose the order of the acts. The three act play uses the ‘same event, three different viewpoints’ strategy so it really doesn’t matter which is presented first.

The dialogue is funny, fast and snappy, and it keeps the audience on its toes. The lines are very well delivered by the talented cast as each member performs multiple roles. Prather’s intrepid reporter Walter Kopaczek is “Front Page” worthy. Alika Spencer is superb as Tina and her fourth grader rendition of George Washington is simply darling. Wong is very good as the up tight Regina Lincoln, but even better as Renault’s photographer buddy Esmeralda Diaz. Averbach-Katz is pitch-perfect as the unctuous Anton Renault.

Not all of the odd dance interludes between the scenes are perfectly performed and some seemed a bit awkward. But the two and a half hours fly by as the performers take the audience through this hysterical tale of greed, homophobia, ambition, murder and retribution. OK, it does end a bit cute in a “We CAN all get along!” kind of a way. But this production is very funny, very current and very worth seeing.