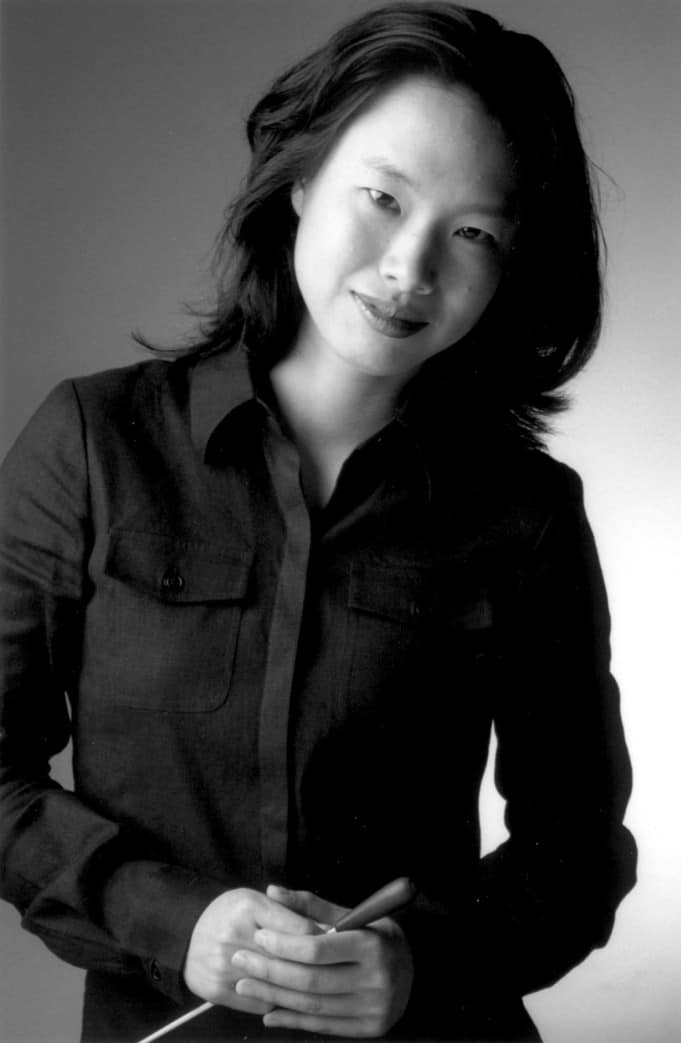 The San Francisco Symphony rings in the Lunar New Year and the Year of the Rabbit Saturday, January 29 at its 11th Annual Chinese New Year Concert and Celebration in Davies Symphony Hall. The celebration combines Chinese and Western music and Chinese cultural traditions, and begins with a Festival Reception at 3:00 p.m., followed by the Orchestra concert, conducted by Carolyn Kuan, at 4:00 p.m.

The Festival Reception is free to all ticketholders and provides family-friendly entertainment and activities, including children’s arts and crafts, lion dancing, and Chinese calligraphy, and complimentary food, desserts and tea in the Davies Symphony Hall lobbies. The reception is followed by the San Francisco Symphony performing its annual Chinese New Year Concert. Performing with the Orchestra are Li Bo, one of the world’s most accomplished morin khuur (horse-hair fiddle) players, and violinist Ray Chen. Li Bo performs his own composition The Tale of Matou Qin, based on a classic folk tale in which a poor boy rescues a white foal and raises the young horse to maturity. Following the horse’s death, the white stallion comes to the boy in a dream, telling him to fashion a fiddle from its body parts. The boy quickly constructs the horse-head fiddle (morin khuur), carrying it with him and playing it wherever he goes. The Orchestra also performs renowned contemporary Chinese composer Tan Dun’s Overture: Dragon and Phoenix from Heaven Earth Mankind (Symphony 1997), commissioned for the Hong Kong transfer of sovereignty ceremonies. Also on the program are three traditional Chinese works: Fung Yang Drum Song, arranged by Nakagama, and Plum Blossoms in the Snow, arranged by Zi Huang. Violinist Ray Chen joins the Orchestra for Beethoven’s Romance for Violin and Orchestra No. 1 and Sarasate’s Zigeunerweisen.

The elegant Chinese New Year Imperial Dinner, inspired by the rich visual pageantry of New Year celebrations, will be held at 6:00 p.m. underneath the grand Rotunda at San Francisco’s City Hall. The Chinese New Year Celebration is chaired by Gorretti Lui with her Imperial Dinner co-chairs Yurie Pascarella and Jennie Chiu, and is made possible by the generous support of presenting partner Bank of America and supporting sponsors AT&T and Monster Cable.

Tickets for the Chinese New Year concert, including the pre-concert Festival Reception, are $25-$65 and are available through www, by phone at (415) 864-6000, or at the Davies Symphony Hall box office on Grove Street between Van Ness Avenue and Franklin Street. Tickets for the Imperial Dinner are available separately through the San Francisco Symphony’s Volunteer Council by calling 415-503-5500.

Carolyn Kuan returns to conduct the San Francisco Symphony Chinese New Year Concert for the fifth year in a row this year. Kuan recently concluded her tenure as Associate Conductor of the Seattle Symphony Orchestra. She has also been Artist-in-Residence with the New York City Ballet, Assistant Conductor of the North Carolina Symphony Orchestra, and Assistant Conductor of the Baltimore Opera Company. A keen advocate of new music, she has served as Assistant Conductor for the Cabrillo Festival of Contemporary Music under Music Director Marin Alsop since 2003. She was the first woman to be awarded the Herbert von Karajan Conducting Fellowship by the Herbert von Karajan Centrum and American Austrian Foundation in 2003. Her 2010-11 season highlights include her debuts with the Hartford Symphony, Hong Kong Philharmonic, Louisville Orchestra, Chattanooga Symphony, and Tacoma Opera. She also has return conducting engagements at the Baltimore Symphony, Seattle Symphony, and New York City Ballet, and plans two recording projects for Naxos Records. Carolyn Kuan has helped raised awareness of conservation and the environment through the multimedia production Life: A Journey Through Time. The project, developed by the Cabrillo Festival of Contemporary Music, features music by Philip Glass and images by famed photographer Frans Lanting. She is a native of Taiwan.

Born in the Xilingoro region of Inner Mongolia, Li Bo began performing on the morin khuur (horse-head fiddle) at age 10, and became a professional performer at age 15. He is now considered to be one of the world’s leading morin khuur performers, and has been an effective ambassador of his native land, sharing his artistry and the many unique qualities of his instrument. Li Bo has given more than a thousand concerts around the world and has performed with many well-known ensembles, including the Chinese National Symphony Orchestra, Northern German Philharmonic Orchestra, and Tokyo Philharmonic. He is the founder of the Morin Khuur NPO Foundation, which is dedicated to promoting and preserving the cultural heritage of his homeland. He performs his own composition, Tale of Matou Qin, in the Chinese New Year concert.

Violinist Ray Chen recently made his recital debuts at the Kennedy Center in Washington, D. C. and the Merkin Hall in New York, and won both the Queen Elisabeth Competition (2009) and the Yehudi Menuhin Competition (2008). Born in Taiwan and raised in Australia, Chen plays the “Huggins” Stradivarius, on loan from The Nippon Music Foundation, and the 1721 Stradivarius known as “The Macmillan,” provided as part of the award for winning the 2008-09 Young Concert Artists International Auditions in New York. His performance at the 2009 Aspen Music Festival resulted in engagements to perform with the Mariinsky Theatre Orchestra in St. Petersburg as well as at the opening concert of the 2010 Menuhin Competition in Oslo. Ray Chen’s recent and upcoming engagements also include a performance with the Taipei Symphony at the World Expo in Shanghai, a North American orchestral debut with the New Jersey Symphony, and concerts with the Orchestre National de Lille, Deutsche Symphonie Berlin, and Sydney Symphony. Chen will also be the featured soloist of the Rostropovich Festival in Moscow.

February 3, 2011 begins the Year of the Rabbit. Those born under this fourth position in the Chinese Zodiac embody the character traits of creativity, compassion, and friendliness. Rabbits shun conflict and tend to avoid risk taking. They adore home life and its comforts. Rabbits excel in communications careers, making good writers, publishers, publicists, and therapists. Those born in 1999, 1987, 1975, 1963, 1951, and 1939 were born under the sign of the Rabbit.