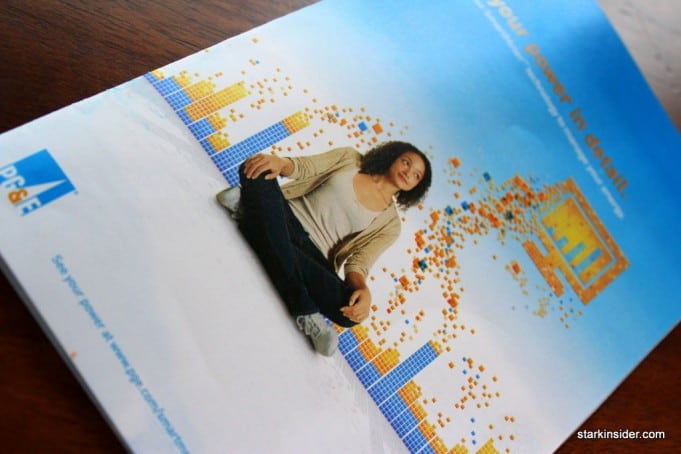 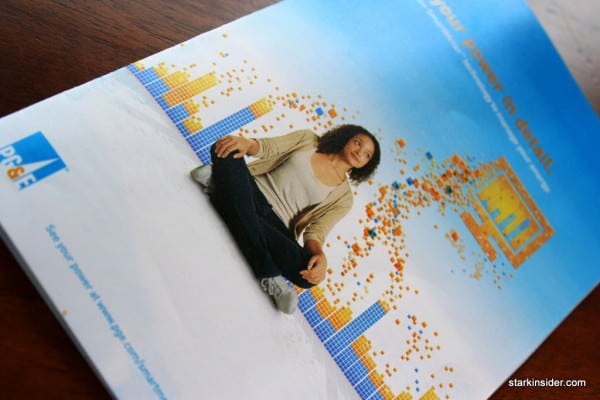 I am rarely excited about anything PG&E sends me.

Okay, I was excited when we first installed our solar energy system. I waited in great anticipation for the first statement which would net out my solar energy generation credits with my overall power usage.

A short aside about my experience receiving my first electricity bill after installing solar panels:

The bill that arrived in the mail (yes, there is no online way that I know of for receiving the bills you receive after installing a solar energy system) had some bar graphs as an attempt to make sense of the energy generation and usage data. I could understand how much was being added to my annual true up total. For homes with solar energy systems, you had the choice to pay the difference between what you use and generate at the end of the year from the date your system went live.

Overall, the statement would have been much more useful and meaningful if it told me the value of energy I generated in dollars so I could have a better sense of how much my Sunpower system was saving me. To be far, Sunpower monitoring system doesn’t really tell me this either.

Isn’t this what every homeowner that installs a solar energy system wants to know? Sure, green is great. However, solar energy panels are a significant investment and knowing that green is not only the right thing to do, but also a financial savvy investment makes them much more attractive.

I felt similar excitement after having the SmartMeter thermostat installed. The process was relatively smooth and the technician from PG&E was very friendly and explained how to use the control panel. This was several months back.

A few weeks ago, I was reminded of this technology when a brochure entitled, “See your power in detail. How to use SmartMeter technology to manage your energy.” arrived in my mailbox.

I thought: “Great! This would make is easier for me to be green and save on my monthly electricity expenses. Finally, the thermostat that was installed would connect to my online account with PG&E.” 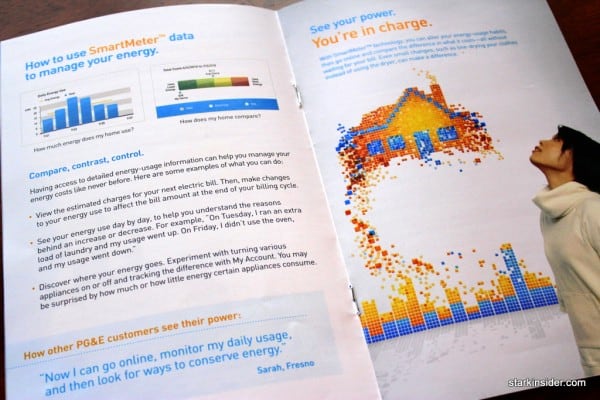 The pamphlet has enticing images of bar graphs I would be able to access after logging in that would allow me to see where my energy usage was in the tiered electricity pricing model. Excited by the colorful graphs and claims to help me understand my household energy consumption, I logged into my PG&E online account and navigated to the “My SmartMeter” section on the left navigation.

What appeared was disappointing. There were not all the graphs shown in the pamphlet, and the ones that were there did not look as slick as what the brochure would have me believe. More importantly, much of the information only tracked my gas consumption, not my electricity usage which is what the majority of my energy bill consists of as most appliances in my home run on electricity. The claim to help me track where I fall in the tiered electricity pricing schedule was also not available.

After much excitement, the PG&E SmartMeter initiative has left me confused. Much effort has been put into designing a slick brochure and the PG&E website landing page. However, my attempts to complete tasks online that would empower me to have a better understanding and control of my household energy consumption were met with failure.

PG&E, I so want to love the SmartMeter program.