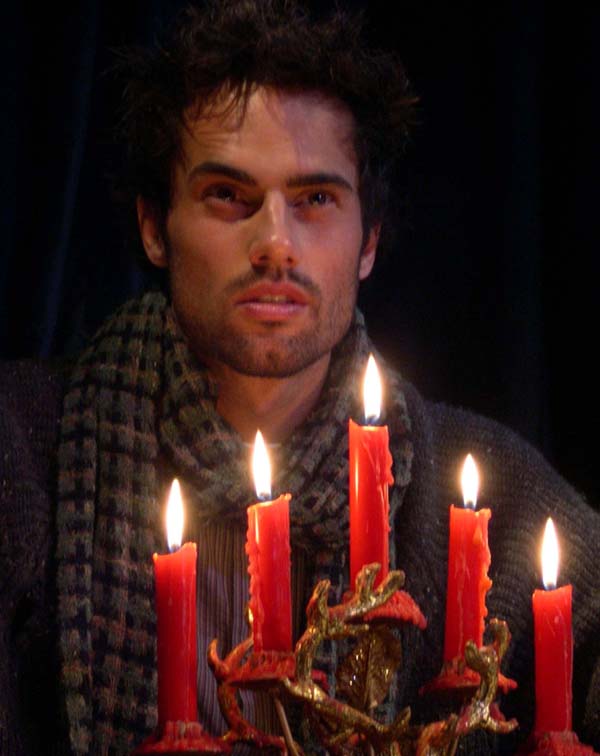 Broadway musical theater celebrity David Burnham will perform in the Firehouse Arts Center’s Cabaret Series on Saturday, November 6, 2010 at 8:00 p.m. The show will take place at the newly-opened facility at 4444 Railroad Avenue in downtown Pleasanton, Calif.

In his one-man show, Burnham will perform an assortment of songs from many of his celebrated roles as well as some favorite Broadway standards. He will also sing selections from his debut solo CD – David Burnham.

A member of the original Broadway cast of the six-time Tony Award winning musical, The Light in the Piazza, he performed on both the Tony Awards broadcast and the PBS telecast Live From Lincoln Center. Subsequently, he won the prestigious 2007 Helen Hayes Award and Garland Award as Best Actor for his portrayal of Fabrizio Nacarelli in the National Tour.

Tickets to the David Burnham solo performance are Adult-$15, $20, $25; Child-$15 and Senior-$22. They may be purchased online at www up to three hours prior to the performance, by phone at (925) 931-4848, or in person at the Firehouse Arts Center Box Office. Box Office hours are Wednesday-Friday, 12 noon-6:00 p.m., Saturday 10:00 a.m.-4:00 p.m., and for two hours prior to the performance. Series and group discounts are available. Free parking is available off Spring Street between First Street and Main Street.