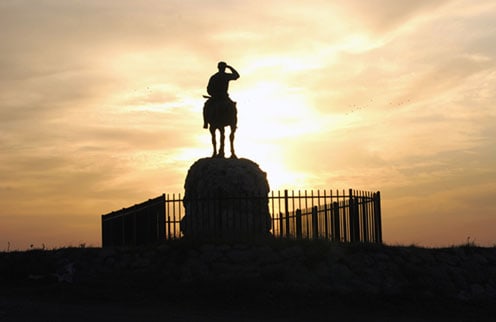 “Not all Israelis are computer scientists, entrepreneurs and military geniuses.” Believe it or not, some are even sumo wrestlers. On opening night of the Silicon Valley Jewish Film Festival (SVJFF), which happens this Saturday (Oct.8) at the De Anza Visual and Performing Arts Center (tickets), you can witness first hand a spectacle you’re unlikely to see at Cannes.

Three time world sumo wrestling champion “Byamba” will take on two challengers in a live opening night demonstration. The director of the USA Sumo Association will narrate so that you can follow the action; later, you’ll be able to meet Byamba and the other wrestlers during a break.

It’s all part of a fun opening night for the festival that includes a screening of A Matter of Size, a heartwarming story about weight-challenged Israelis who aspire to become sumo wrestlers. Along the way, they learn a lot about the sport and about themselves as well.

Executive Director Mark Levine spent some time with Stark Insider to talk about the festival, the opening night Sumo match, and some of the challenging decisions that go into choosing the programming.

“We’ve opened it up. There are films that may have some relationship to the Jewish people, to Israel, to Jewish culture, Jewish religion” said Levine. “But others may not and just touch on it briefly… we just decided we’re going to let the audience decide.”

22 films with an international theme