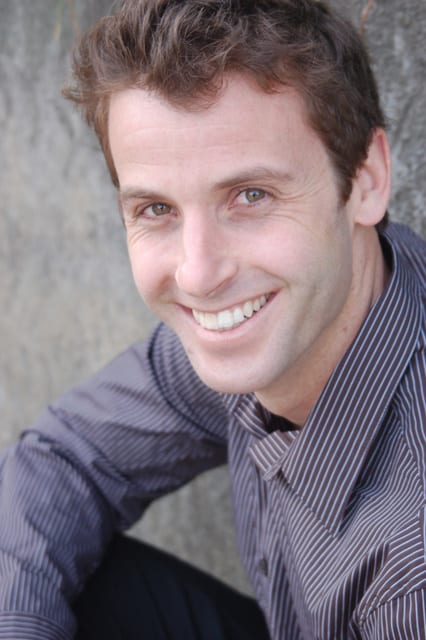 Secret Order, a stimulating biomedical thriller, delves into the moral and ethical dilemmas involved in the high-stakes world of science. Playwright Robert Clyman (Tranced) invents a brilliant behind-the scenes exploration of the business of science. Clyman pits cancer researchers against each other as they race to be the first to trial, first to publish and first to find a cure. Directed by Chris Smith (A Christmas Story), Secret Order runs October 14 – November 7, 2010 at San Jose Repertory Theatre, 101 Paseo de San Antonio in downtown San Jose.

When Dr. Shumway, a relatively obscure and naive cancer researcher, is thrust into the high-stakes world of science, the notion of noble “truth-seeking” is dissected with a scalpel’s precision. Shumway is in over his head when he and a young student researcher get swept up in the dangerous world of political maneuvering, corporate loyalty and scientific ethics. But it’s Dr. Brock, the chief administrator at a famous research institute, who will stop at nothing in his pursuit to find a cure for cancer. When Shumway’s promising research runs into problems, responsible science hangs in the balance.

“I am so pleased to be presenting the Bay Area premiere of Robert Clyman’s smart and provocative play,” states Artistic Director Rick Lombardo. “This play, set in the rarified world of cutting-edge cancer research, makes us feel the thrill of discovery along with the tug of responsibility and ethics.”

Robert Clyman (Tranced) presents a challenging argument for both sides of the equation. A clinical psychiatrist, Clyman draws upon his insight into the human condition when crafting plays. In addition to touring in Scotland, his plays have been performed Off-Broadway and at regional theatres across the country. Secret Order has been produced at The Ensemble Studio Theatre, Laguna Playhouse and Merrimack Repertory Theatre, which also produced it Off-Broadway at 59E59 Theater in 2007. Clyman has been awarded a number of national prizes and was a member of the Circle Rep Lab in New York where four of his plays were produced.

“Secret Order is about cutting-edge discoveries, chasing dreams and the powerful allure of the big prize,” Director Chris Smith comments. “It’s a pleasure to be back at the Rep, with a talented cast and creative team, bringing this taut, roller-coaster-ride of a drama to life.”

Secret Order features some of the Bay Area’s finest actors. Returning to San Jose Rep’s stage are Robert Krakovski (Robert Brock) and Julian López-Morillas (Saul Roth). Krakovski has appeared as Martin Heidegger in Hannah and Martin with San Jose Rep; Bill Wilson in Bill W. and Dr. Bob off-Broadway; Phileas Fogg in Around the World in 80 Days with The Shakespeare Theatre of New Jersey; Old Man in A Christmas Story with Geva Theatre Center; Twelfth Night and The Beard of Avon with Portland Center Stage; Victor Fleming in Capital Repertory Theatre’s Moonlight and Magnolias; and Caswell in Lucky Lucy with Blythe Danner at Writers’ Theatre. López-Morillas has appeared at the Rep in productions of Sonia Flew, Sons of Don Juan, The Sea Gull, Room Service, Death of a Salesman and The Miracle Worker. He has also directed Rep productions of The Servant of Two Masters and The School for Scandal. In addition, López-Morillas recently performed at the San Jose Stage Company in productions of Rock ‘n’ Roll, The Seafarer and The Pillowman.

Making their San Jose Repertory Theatre debuts are Kathryn Tkel (Alice Curiton) and James Wagner (William Shumway). Anaseini Katoa is the understudy to Tkel. Tkel has performed in the Bay Area in Den of Thieves and The Story at The San Francisco Playhouse; The Kentucky Cycle at The Willows Theatre; Steel Magnolias at California Conservatory Theatre; 1001 at Just Theater; and multiple productions with Boxcar Theatre Company, including Headspace, Animal Kingdom, Manners and Civility and Moon Fable. Wagner can be seen next in the world premiere of Theresa Rebeck’s What We’re Up Against at the Magic Theatre. His regional credits include Mauritius at the Magic Theatre; A Christmas Carol at the American Conservatory Theater; Betrayed and The Busy World is Hushed at the Aurora Theatre; and Beauty and the Beast at the B Street Theatre. 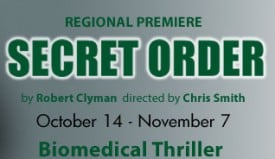 Tickets are available at the San Jose Rep Box Office at 101 Paseo de San Antonio or can be purchased online at www or by calling 408.367.7255. Patrons who visit the Box Office wearing pink in support of breast cancer awareness will save $6 off the regular ticket price (one discount per person) to any Tuesday – Thursday evening performance. A portion of the proceeds from Pay What You Will Night, Thursday, October 14, 2010 at 8:00 p.m., will go to the Valley Medical Center Foundation to help provide free breast health screenings for underserved women at the Sobrato Cancer Center.