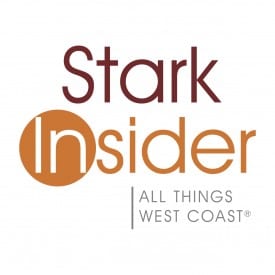 When the Leonard and David McKay Gallery opened five years ago, local historian and art collector Leonard McKay waxed on about the importance of local artists recording the history of the era in which they lived. And today his vision is realized at his namesake gallery inside the Pasetta House at History Park in Kelley Park.

Celebrating Local Artists: The 5th Anniversary of the McKay Gallery will open its exhibit focusing on the art collection begun by McKay more than fifty years ago. The exhibit opens to the public on the afternoon of Saturday, November 20, which runs through March, 2011.

Using Leonard McKay’s art collection as a starting point, this exhibit will also include more recent additions to the collection as well as highlights from History San Jose’s collection of paintings.

“We’ve been able to follow Leonard’s lead in presenting both historic and present-day artists and themes,” said Sarah Puckitt, Curator of Art and Photography at History San José (HSJ) and the curator of this exhibit, “and I think Leonard would be proud.”

Two rooms of the McKay Gallery will feature paintings by ADM Cooper and never-before exhibited drawings from Cooper’s sketchbooks. Astley David Middleton Cooper was born on December 23, 1856 in St. Louis, MO, attended Washington University in St. Louis, where he studied European art and later lived with Indian tribes through the regions of the Western U.S.

Cooper came to San Francisco at the age of 24 and then in 1883 moved south to San Jose, where the handsome artist frequented the local saloons, and according to lore, often paid his bar tabs with his art. Cooper’s contribution to historic art and his style of painting have made his work highly recognizable.

The Leonard and David McKay Gallery is located in the Pasetta House in History Park in Kelley Park, 1650 Senter Road, between Phelan and Keyes. The gallery is open weekends from 11:00a.m. to 4:00p.m.