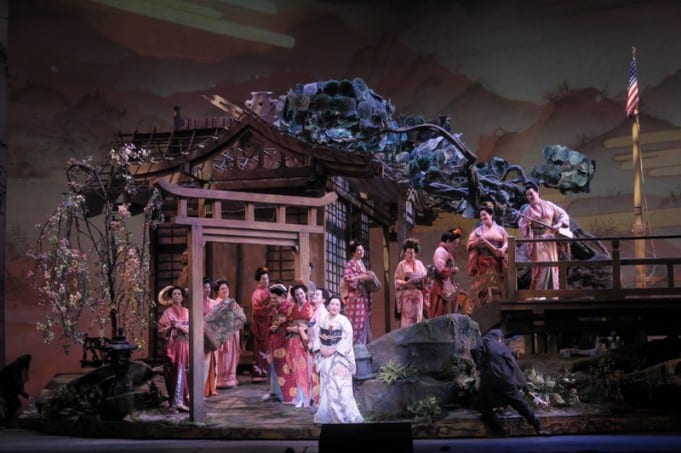 Svetla Vassileva previously appeared at San Francisco Opera as Liù in the 1998 production of Puccini’s Turandot. The soprano returns as the young Japanese geisha Cio-Cio-San, one of her signature roles that she has performed in Verona, Trieste, Torre del Lago, and Catania and will sing again this season at the Vienna State Opera. Other recent credits include the title role of Tosca in Rome, the title role of Manon Lescaut in Lyon and Magda in La Rondine in Bologna. Sharing the role of Butterfly for six performances is Daniela Dessì, an internationally renowned spinto soprano who counts nearly all of Puccini’s heroines in her repertoire. Dessì has previously appeared as Cio-Cio-San in Verona, Barcelona, Torre del Lago, Ancona, Milan and Madrid. She last performed at San Francisco Opera in 1995 as Donna Elvira in Don Giovanni.

Italian tenor Stefano Secco sings the role of Cio-Cio-San’s beloved Lieutenant B.F. Pinkerton, following recent San Francisco Opera appearances in the title role of Faust and as soloist in Verdi’s Requiem. Secco’s other credits include Edgardo in Lucia di Lammermoor in Berlin, Genoa, Parma and Firenze; Rodolfo in La Bohème in Monte-Carlo, Berlin, Paris, Parma and Bolgna; and the title role of Werther in Paris, Frankfurt and Baden-Baden. Former Adler Fellow and mezzo-soprano Daveda Karanas appears as Butterfly’s loyal maid Suzuki. Karanas recently made her role debut as Waltraute in San Francisco Opera’s 2010 production of Wagner’s Die Walküre and will return in that role and as the 2nd Norn in the Company’s full Ring cycle in 2011.

This production, originated by legendary Broadway stage director Harold Prince at Lyric Opera Chicago, is a visually stunning interpretation of one of Puccini’s most beloved operas.  A winner of 21 Tony Awards, Prince has created opera productions at Lyric Opera of Chicago, the Metropolitan Opera, New York City Opera, Houston Grand Opera, the Dallas Opera, the Vienna State Opera, and the Teatro Colón in Buenos Aires. Jose Maria Condemi, who recently directed the 2010 production of Faust, will direct and Music Director Nicola Luisotti will conduct. The six November performances will be led by conductor Julian Kovatchev, making his San Francisco Opera; Kovatchev has previously conducted Madama Butterfly in Stuttgart and Genoa.

Tickets for the performance of Puccini’s Madama Butterfly are priced from $20 to $360 and may be purchased at sfopera or through the San Francisco Opera Box Office [301 Van Ness Avenue (at Grove Street), or by phone at (415) 864-3330]. Standing Room tickets go on sale at 10 a.m. on the day of each performance; tickets are $10 each, cash only.

The War Memorial Opera House is located at 301 Van Ness Avenue at Grove Street. Patrons are encouraged to use public transportation to attend San Francisco Opera performances. The War Memorial Opera House is within walking distance of the Civic Center BART station and near numerous bus lines, including 5, 21, 47, 49 and the F Market Street. For more public transportation information, visit bart and sfmuni.