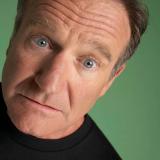 Berkeley Rep announced that the man that needs no introduction, legend Robin Williams, will be performing for three nights. Called Going on the Road Down Under Recharging the Batteries…..Again, three shows are scheduled: Sun Oct 10 8pm; Tue Oct 12 8pm; and Wed Oct 13 8pm. Tickets are only $50.

Just in case you need to get in the zone before seeing Mork do his thing, Berkeley Rep will be hosting a tequila tasting — hey, wine tastings are so passe! At 7pm drop by for Berkeley’s own award-winning Tres Agaves Tequila, and enjoy a Tres Agaves margarita with the founders of Tres Agaves.

It all sounds like an evening too good to be true. Need we mention — this is recommended for those 16 years and older. An insatiable desire to laugh uncontrollably will also help I’m sure.

Per Wikipedia: “Rising to fame with his role as the alien Mork in the TV series Mork and Mindy, and later stand-up comedy work, Williams has performed in many feature films since 1980. He won the Academy Award for Best Supporting Actor for his performance in the 1997 film Good Will Hunting. He has also won two Emmy Awards, four Golden Globes, two Screen Actors Guild Awards and five Grammy Awards.” 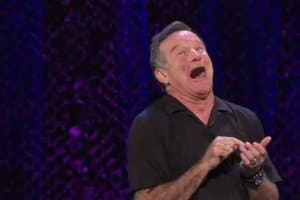