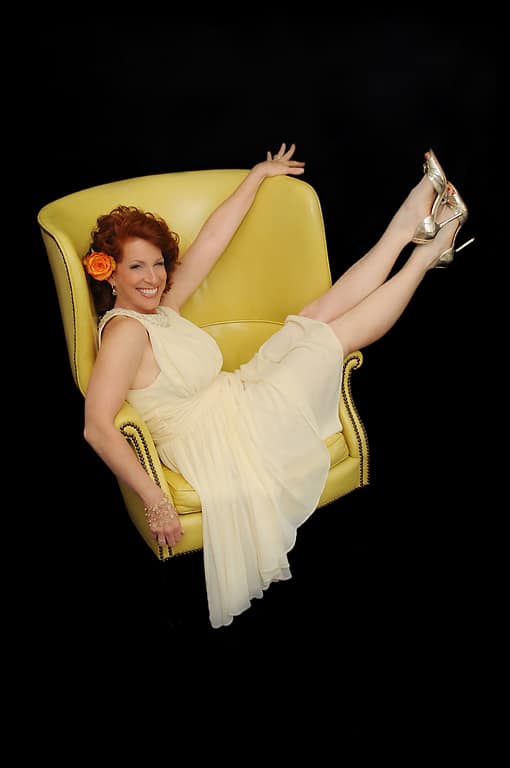 Fresh from sold-out performances in London and Los Angeles, Bay Area jazz vocalist Pamela Rose will bring her hit concert Wild Women of Song: Great Gal Composers of the Jazz Era to two Bay Area jazz venues in November. On Tuesday, November 9 at 8 p.m., Rose will perform at the legendary Yoshi’s Jazz Club in Oakland. On Thursday, November 11 at 7 p.m., she will bring her show to the internationally recognized non-profit jazz venue Kuumbwa Jazz in Santa Cruz.

The Thursday night Jazz Series at Kuumbwa Jazz – called Cookin’ at Kuumbwa – features guest chefs from local restaurants, plus Café Kuumbwa resident chef, Cheryl Simons. Price includes concert and dinner and may be purchased in advance. Advance reservations include reserved seating at a table, plus the advance jazz & dinner package including a discount off the door price. Doors open and dinner is served one-hour before showtime.

Originally from Southern Calfornia, Rose began her music career at a very young age. Captivated by classic blues singers like Bessie Smith and Ida Cox, Rose put herself through U.C. Berkeley by belting out the blues as a singing waitress. After graduation, Rose toured with Hammond B-3 organist Merl Saunders followed by a run with rock guitarist Chris Cobb. Working with pianist Nate Ginsberg, Rose turned her songwriting efforts toward a Swing-era sound and quickly gained recognition with her debut album “On the Jazzy Side of Blue,” which was nominated for two BAMMIE Awards. Her follow-up album, “Every Time I’m With You,” gained lavish critical praise and led to several European tours. Her third album “You Could Have it All,” released in 2001, attracted national attention and was profiled on NPR’s “All Things Considered.” In 2006, Rose released “Just for a Thrill,” an album that balanced simmering romance with bluesy sass. “Wild Women of Song” was released in 2009 and has received acclaim from critics internationally.