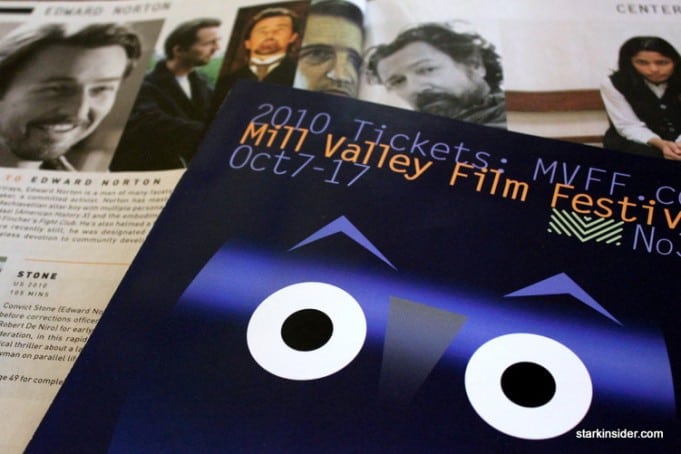 That’s the ticket! All of a sudden your trip to Peet’s just got a whole lot more social. As part of the Mill Valley Film Festival, retailers across Marin are getting into the spirit with discounts for ticket holders. Peet’s Coffee & Tea, for example, are offering a buy one, get one free special through the month of October. Just present your MVFF ticket and enjoy some pleasant perks. For a complete list, read below or visit the MVFF site.

The 33rd Mill Valley Film Festival, a celebration of the best in world and independent cinema, kicks-off this week (THU, Oct. 7) and features more than 200 filmmakers from around the world.

Each year, the 11-day Festival sells over 40,000 tickets. Festival sections include: World Cinema, US Cinema, Valley of the Docs, Children’s FilmFest, and 5@5 (daily shorts programs), and Active Cinema, our activist films initiative. Gala celebrations, tributes to actors and filmmakers, workshops, panels and seminars, as well as opportunities to mingle with filmmakers in the spectacular setting of the San Francisco Bay Area are just a few of the reasons Screen International named Mill Valley a Top 10 US film festival.

For filmmakers, audiences and industry professionals alike, the Mill Valley Film Festival is the perfect environment. Founded in 1978 by California Film Institute director Mark Fishkin, the Festival is well known for the quality of its programming. It has established an impressive track record for launching new films and new filmmakers, and has earned a reputation as a filmmakers’ festival by offering a high-profile, prestigious, noncompetitive environment for celebrating the best in independent and world cinema.

The Festival is also an important industry resource, both for its emphasis on films that have not yet secured US distribution and for fall launches and northern California Academy Award campaigns. The Bay Area continues to be a significant market for independent and international film, and MVFF consistently provides a forum for introducing new films to West Coast audiences.

Presented by the California Film Institute, the 33rd Festival will take place at the CinéArts&Sequoia and 142 Throckmorton Theatre (Mill Valley), Century Cinema (Corte Madera), and at the Christopher B. Smith Rafael Film Center (San Rafael).