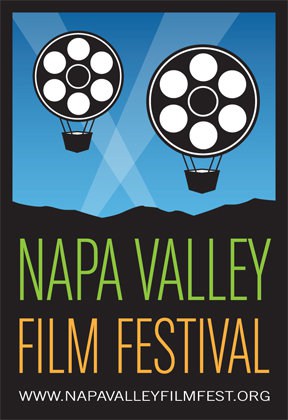 Organizers have announced that the inaugural Napa Valley Film Festival (NVFF), the first international film festival for the Napa Valley, will take place in November 2011. Showcasing the best of new independent cinema while embracing the epicurean pleasures of Napa Valley, NVFF will debut with a five-day extended-weekend festival spread over four of the valley’s postcard-perfect towns.

NVFF plans to present more than 75 new films, including narrative features, foreign films, documentaries, short films, and student works. Discussion panels with industry executives, Q&A sessions with the filmmakers, food and wine tastings, opening and closing night parties, awards ceremonies, VIP receptions, and celebrity tribute programs are all key ingredients rounding out the full NVFF experience. NVFF will also feature a unique community-focused footprint, with screening and hospitality venues clustered in four walk-able villages in Napa Valley’s distinctive small cities and towns: Napa, Yountville, St. Helena and Calistoga. Films and filmmakers will travel from village to village, while festival attendees can choose whether to remain immersed in one community or to sample the different venues.

“NVFF is seen as an important addition to the cultural calendar of the Napa Valley during the post-harvest shoulder season and will deliver a significant economic boost to hotels, restaurants, wineries and other retail establishments,” commented Clay Gregory, CEO of the Napa Valley Destination Council. “The Valley is well positioned to support a festival of this scale – we have the infrastructure in place.  Bringing together world-class accommodations, Michelin-starred restaurants and legendary wineries, the Napa Valley Film Festival can be a vehicle that blends all of our life-enriching assets together and attracts a diverse set of guests from across the country and around the globe.”

From November 12 – 14, 2010, the NVFF Launch Celebration will be held in Napa and St. Helena as part of Napa Valley Arts 2010, a month-long series of arts and culture events coordinated by the Napa Valley Arts Council. The NVFF Launch Celebration will offer special movie screenings, Q&A sessions, pre-film wine tastings, a Saturday night After Party, and exclusive VIP food and wine events with the attending filmmakers.

Derek Cianfrance’s Blue Valentine, an Entertainment Weekly “must-see” starring Ryan Gosling and Michelle Williams, will be part of the line up; as well as I AM, an exhilarating documentary of self-discovery by Tom Shadyac (Bruce Almighty, The Nutty Professor); and the small-budget charmer The Happy Poet from Paul Gordon (a South by Southwest award winner). A Surprise Screening will be featured on Friday, November 12 at the Cameo Cinema in St. Helena. Screenings on Saturday and Sunday, November 13 and 14, will be held at the Napa Valley Opera House.

Five Ways to Experience the 2011 NVFF

The 2011 NVFF offers a variety of ways to experience the Napa Valley’s new signature cultural event. A basic Festival Pass provides access to all regular film screenings, panels, and wine tastings; the Pass Plus adds in the Opening Night Gala, Celebrity Tributes, Closing Night Awards and Wrap Party. Also available are a limited number of Founding Patron Packages that offer a true VIP experience, including Hospitality Lounges with wine and food between screenings; receptions and dinners with the directors, writers, actors, and producers; Concierge Services; and express entry into NVFF screening venues. The festival will also offer budget-friendly “small bites” via Day Passes and last-minute Rush Tickets.