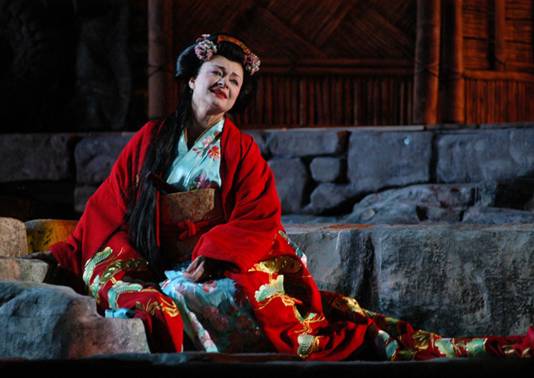 Opera star and true Italian diva, soprano Daniela Dessì will be appearing at the San Francisco Opera in Madama Butterfly. She is considered to be the finest performer of this role, and an exemplar of the Puccini repertoire.

Ms Dessì will be singing on the 5th, 11th, 14th, 17th, 21st and 27th of November in a production conducted by Nicola Luisotti and directed by Jose Maria Condemi. The cast includes Stefano Secco as Pinkerton, Daveda Karanas as Suzuki and Quinn Kelsey as Sharpless.

With a solid international career Dessì’s performances and recordings are a reference for the whole Italian repertoire. Her presence is constantly requested on the most prestigious stages such as the Lyric Opera House in Chicago, the Los Angeles Opera House and the Metropolitan Opera House in New York where she obtained a huge ovation in Tosca last May.

She made her San Francisco Opera debut in 1995 as Donna Elvira in Don Giovanniand has performed the role of the young Japanese geisha in Florence, Verona, New York, Madrid, Milan, Palermo, Ancona, Torre del Lago, Vienna, Hannover and Belgrade, as well as the most important theatres in Tokyo, Nagasaki, Yokohama, Osaka, Nagoya and Sapporo – she being the first soprano to play the role of Butterfly in these numerous Japanese cities.