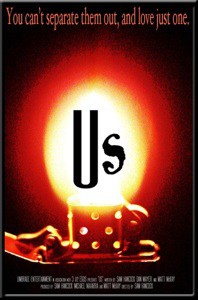 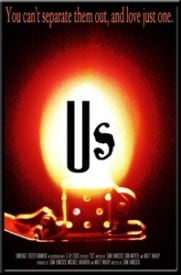 Local filmmakers Sam Hancock of Umbrage Entertainment and Michael Navarra of 3½ EGOS Productions, have assembled a cast and crew consisting of many of the Bay Area’s finest talent for their first feature film Us. Principal Photography begins November 20th, 2010, and will be completed by December 16th, 2010.

Us was selected as a semi-finalist in the Slamdance 2010 Screenwriting Competition. It is a dark, gritty, romantic drama about a woman with Dissociative Identity Disorder (multiple personalities), who struggles to find love while battling self-destructive impulses that threaten to end her life. Written in conjunction with leading Bay Area psychologist Dr. Matthew McKay (co-founder of New Harbinger Publications and author of over 30 non-fiction books on mental health), Us endeavors to get behind the myths and misconceptions and tell an honest story about the challenges of living with Dissociative Identity Disorder.

Alanna Ubach is well known for playing the housekeeper that devirginized Ben Stiller in Meet The Fockers, and for playing the angriest waitress in the world, Naomi, in Lionsgate’s Waiting and it’s sequel Still Waiting. Recent credits include the film Rango, alongside Johnny Depp, and her recurring role as Thomas Janes’ sexy next-door neighbor on HBO’s Hung. Alanna has been described as “a seriously talented actress” by NY Times, “one to watch” by USA Today, and “a protean actress” by New York Post.

Sam Hancock, director and co-writer of Us, is the award winning director of the short film Shipping and Handling. He is a graduate of the North Carolina School of the Arts and has worked in all aspects of film and TV. Us will mark his feature-length film debut as a director. The film includes many Bay Area film and theatre actors and crew: Michael Navarra, Patrick Russell, Rolf Saxon, Corey Fischer, Zehra Berkman, Larry Laverty, James Asher, Richard Conti, James Hiser, and Alexandra Matthew. The director of photography is Paul Nordin, and the film’s editor is Staci DeGagne. Producers Keren Hantman and Maria Victoria Ponce from SF Digital School of Filmmaking are producing, along with Hancock and Navarra. Successful Hollywood actress Barbara Niven (One Life to Live, The Rat Pack) will also appear in the film.