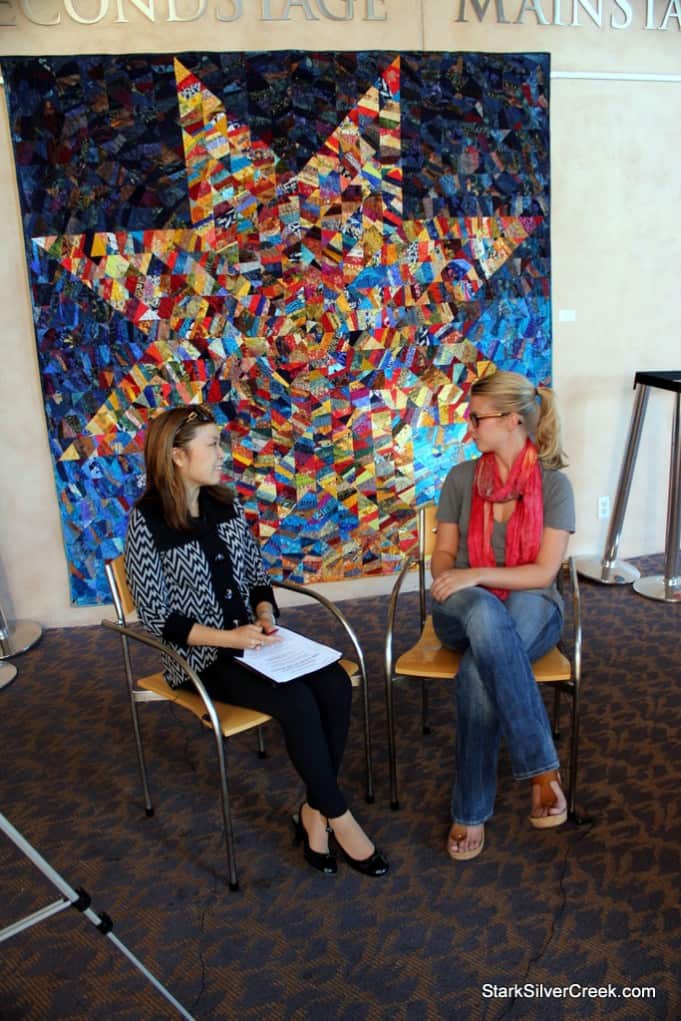 Romance is in the air! The Light in the Piazza, a sweeping saga of love and innocence beneath the Tuscan sun, opened over the weekend at the Mountain View Center for the Performing Arts. The production kicks off TheatreWorks’ 2011/11 Season with soaring melodies, and, according to the Chicago Tribune, “the most beautiful score written for the American musical theater in 20 years.” Award-winning artistic director Robert Kelley takes the helm to direct.

New York actor Whitney Bashor took some time out after rehearsal to sit down with Loni for a discussion about love, mothers who can’t let go, the lure of New York and San Francisco food, and the draw of theater.

“It’s a beautiful story about a mother and daughter on vacation,” says Bashor. “It’s set against the backdrop of Florence and it’s terribly romantic.”

The Light in the Piazza was developed as a musical at the Intiman Playhouse in Seattle in June 2003 and then at the Goodman Theatre in Chicago in early 2004. Named one of the most important musicals of the decade by the New York Times, it debuted on Broadway in 2005 where it played 504 performances and won six Tony Awards, including Best Original Score, Best Orchestrations, Best Actress for Victoria Clark as Margaret, Best Scenic Design, Best Costume Design, and Best Lighting Design.

New York Magazine declared “anyone who cares about the rather uncertain future of this truly American genre should – must – see the show.”

Miss Bashor’s credits include Luisa in the Off-Broadway production of The Fantasticks directed by lyricist Tom Jones, Joanie in the first national tour of Happy Days, and Swallow in the national tour of Whistle Down the Wind. Regional credits include Clara in The Light in the Piazza at Philadelphia Theatre Company, as well as roles at the Kennedy Center, Berkeley Repertory Theatre, Sundance Theatre Lab, and Capital Repertory Theatre.

And, hold on to your hats folks, the innovations just keep coming at break neck speed here on Stark Insider. Introducing–drum roll please–a new feature in our interviews: THE STARK 3.

What, do tell, is that all about?

Well, you’ll just have to watch the video to find out firsthand… you might even get a bonus restaurant recommendation. Who knew!

Winner of 6 Tony Awards
In an intensely romantic Broadway musical, a radiant but fragile American defies her mother to fall for a passionate young Italian.