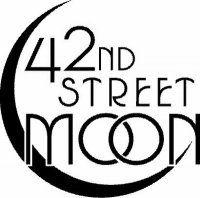 42nd Street Moon, generally associated with uncommon musicals of the past, has announced they will present the West Coast premiere of a new musical: Murder for Two: A Killer Musical by Joe Kinosian and Kellen Blair. Described as two parts Agatha Christie, and one part old-fashioned musical comedy with a dash of 21st century flair, the work has an inspector arriving at a dark house to solve a murder, and encounters a host of eccentric and clever suspects. Previews begin at the Eureka Theatre on November 3, with the opening on Saturday, November 6 at 6 pm.

“Murder for Two represents a first for 42nd Street Moon,” said Moon Artistic Director Greg MacKellan, “a brand new musical making its West Coast debut on the Eureka Stage, following a run at the Adirondack Theatre Festival in July. I saw a reading of the show last fall in New York, where it was a special presentation after the NAMT New Musicals Festival. I was impressed and greatly intrigued by the cleverness, charm and wit of the piece.”

“Joe Kinosian and Kellen Blair, two terrifically talented young men, have written this spoof of the Agatha Christie murder mystery genre with all the proper ingredients: a murder in an dark, old house, a group of eccentric and enigmatic suspects, and a body count that keeps rising. The book is so funny and the score is so fresh – as if Frank Loesser and Cole Porter had given birth to a score midwifed by Stephen Sondheim – that we couldn’t resist giving our Moon audiences the chance to enjoy this before its first major production.”

Murder for Two premiered to rave reviews at the Adirondack Theatre Festival. “Composer Joe Kinosian and lyricist Kellen Blair have … pulled the trigger on a smart and humorous evening of mirthful mystery,” wrote one critic. Another described it as “one of the lightest, funniest evenings of theater this summer” and “an engaging romp, written with knowing wit and performed with flashy exuberance. One actor plays the inspector, the other plays all the suspects, and they both play the piano!”

Composer, actor, writer and pianist, Joe Kinosian (Book and Music) plays all the suspects in the show. As a piano-playing actor, he’s appeared alongside Emily Skinner in Dirty Blonde (Hangar Theatre) and in Bitch!: The Autobiography of Lady May Lawford (FringeNYC). As an actor minus the piano he’s performed in The Hudsucker Proxy (MTC) and Beatsville (NAMT). As a music director and pianist minus the lines he’s played two extended off-Broadway runs of Dear Edwina (DR2), music directed and arranged the score for the world premiere of Frank Loesser’s Of Mice & Manhattan (Kennedy Center), and worked as dance accompanist on the B’way production of The Color Purple. As a composer with lyricist Kellen Blair, he’s had work produced by TheatreWorks USA (Pirates Don’t Change Diapers) and Lincoln Center’s Holiday Songbook, as well as productions of Murder For Two at the Adirondack Theatre Festival and the Hangar Theatre. He received the 2009 Jerry Harrington Award for outstanding creative achievement from the BMI Musical Theatre Workshop. .

Adam Overett, who plays Officer Marcus, has appeared on Broadway and on national tour in The Light in the Piazza, understudying and performing the role of Fabrizio. He also appeared as Neil Kellerman in the national pre-Broadway tour of Dirty Dancing; off-Broadway in the original cast of Junie B. Jones; and in many other productions throughout New York City and the country.

Kellen Blair (Book and Lyrics) has written lyrics for the shows Cain and Abel: the Naked Truth, The Ransom of Red Chief (both produced in concert format at the Colony Theatre in Burbank), Pirates Don’t Change Diapers (Theatreworks USA), the film Famous Last Words (produced by Mental Floss Magazine), and a variety of songs that have been featured at Lincoln Center, the Public Theatre, and BMI’s semi-annual “Smoker.”

Scott Weinstein makes his Bay Area debut as director for Murder For Two. Most recently he directed the world premiere of Baristas at the 2010 New York International Fringe Festival as well as the first full production of Murder For Two at the Adirondack Theatre Festival. Other directing credits include Jason Robert Brown’s Parade, Noises Off, Laughing Wild, and the original song cycle Learning to Play (Northwestern University).

Murder for Two is the second production of 42nd Street Moon’s 2010-11 Season, which opens on October 9 with the classic Stephen Sondheim musical A FUNNY THING HAPPENED ON THE WAY TO THE FORUM. For the holiday season in December, 42nd Street Moon presents BABES IN ARMS (1937) by Richard Rodgers and Lorenz Hart featuring one of the greatest scores ever written for a Broadway musical. In April, 2011, 42nd Street Moon’s Ira Gershwin celebration continues with STRIKE UP THE BAND, and the season closes in May with Cole Porter’s SILK STOCKINGS.

42nd Street Moon celebrates and preserves the art and spirit of the American Musical Theatre, presenting intimate productions of “Uncommon Musicals” – both classic and rarely performed shows by the great 20th century songwriters. Through productions, educational programs, and community outreach, the company is committed to increasing the awareness and appreciation of the rich heritage and cultural perspective of the musical theatre and its vast influence on the world stage. Since 1993 the company has staged more than 95 musicals, as well as several revues celebrating the dazzling legacy of the 20th Century’s greatest musical theater composers and lyricists.