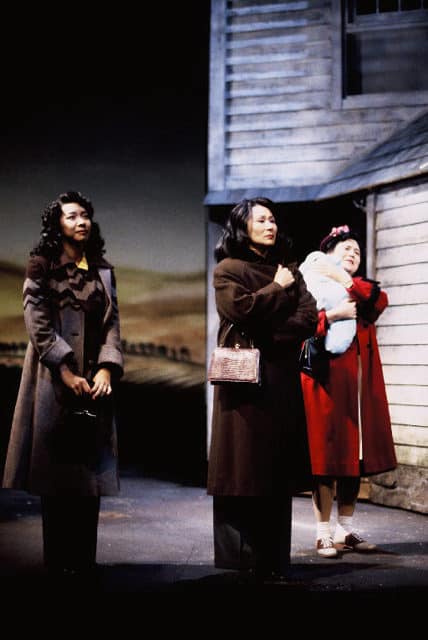 “I’m truly pleased by the breadth, ambition and sheer theatrical fun of the slate of plays that make up this 30th anniversary season,” said Lombardo. “World Premieres, West Coast Premieres, Regional Premieres, important revivals – they are all here. Add the irreverent and insanely talented Flying Karamazov Brothers to the mix with their latest New York hit ‘4PLAY,’ and it will truly be a festive year of theater-going at the Rep.”

Single ticket prices start at $35. Discounts are offered to seniors, students, teachers, ADA and ASL members and groups of 10 or more. A variety of subscription packages are still available. The “7-Play Theatre Lover Anniversary Series” starts as low as $225, six and five play subscriptions begin at $126 and 3 and 4 play Design Your Owns can be had for $93. The box office is open Tuesday through Friday from noon to 5 p.m. during non-show weeks; Tuesday through Friday, 2 p.m. – 8 p.m., Saturday from noon to 8 p.m. and Sunday from noon to 3 p.m. during regular show weeks.

The Rep celebrates its 30th Anniversary with the highly anticipated World Premiere of “Love in American Times,” by local favorite Philip Kan Gotanda, one of the most highly regarded chroniclers of the Asian American experience. This deliciously smart and sophisticated romantic comedy closes the season while the West Coast Premiere of “Black Pearl Sings,” ushers it in. This richly woven musical drama gives a passionate voice to the struggle between our collective past and our individual histories from a strong, female African-American perspective. Fitting for Silicon Valley is the Regional Premiere of “Secret Order,” a bold exploration of the world of research and development, veiled scientific ethics and corporate loyalty. Next it’s back to the glamorous golden age of Hollywood for the holidays when the wildly successful new musical, “Backwards In High Heels,” The Ginger Musical, glides onto the Rep’s stage. Award-winning Broadway actress, singer and dancer, Anna Aimee White, reprises the role of Ginger Rogers, one of Hollywood’s most legendary actresses, in this toe-tapping, intimate musical full of unforgettable music and show-stopping dance numbers.

After the New Year, two of the Bay Area’s venerable and talented actors, James Carpenter and Ken Ruta, will take center stage to star in “The Dresser,” a poignant story of unrequited love and the power of the human spirit in the face of adversity. Spring explodes with the West Coast Premiere of “Legacy of Light,” the Winner of the American Theatre Critics Association 2010 “Best New Play” award. This poetic yet powerful story deeply explores the intersection of science and motherhood. In celebration of the Rep’s 30th Anniversary, the world renowned Flying Karamavoz Brothers will star in their off-Broadway hit, “4PLAY,” for a limited engagement November 10 – 14. Best known for bringing together the worlds of performance art, improvisation, word play, harmony and emotion this stupendously entertaining show is nothing short of genius.