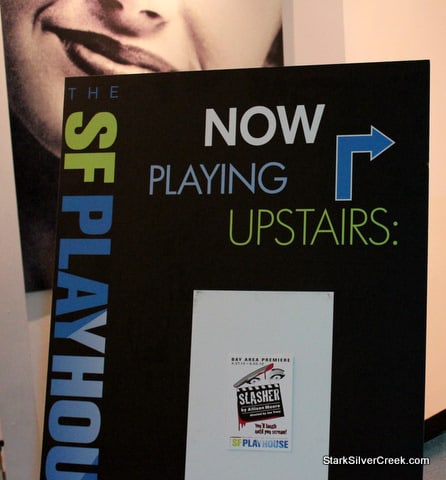 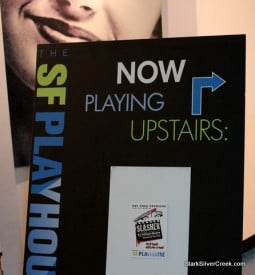 The SF Playhouse (Bill English, Artistic Director; Susi Damilano, Producing Director) announced that the West Coast Premiere (and only second presentation) of Coraline will fill the previously unannounced slot in their 2010-11 season.

Poor bored Coraline. She’s left to rattle ’round her perpetually distracted, workaholic parents’ house all by her lonesome. But late one night, her dreams of a better reality come true as she opens a big, carved, wooden door at the far end of the drawing room and passes into a perfect replica of her own world. When she’s greeted there by a vastly loving Other Mother and a kindly Other Father, she’s thrilled! But as the rats start to creep from the floorboards, and the way home becomes increasingly unclear, Coraline begins to suspect that, perhaps, all is not as perfect as it seems… 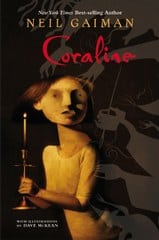 A musical like no other, Coraline sprang from the minds of three of the most wildly popular cult figures of our time. Adapted from the terrifying children’s book by Neil Gaiman (author of the international sensation Sandman), this tale of menace and mayhem was set to music and lyrics by smart-rock iconoclast Stephin Merritt of The Magnetic Fields, and boasted a book by celebrated downtown actor/playwright, David Greenspan (She Stoops to Comedy, Dead Mother), who served double-duty as the villainous Other Mother in the original off-Broadway premiere.

STEPHIN MERRITT (Composer) releases albums under the band names the Magnetic Fields, the 6ths, the Gothic Archies, and Future Bible Heroes. With his band The Magnetic Fields, Merritt has written, produced and recorded eight albums to date. Their 1999 album 69 Love Songs was a 3-disc masterwork which garnered Merritt widespread acclaim, including “best of” year-end lists in Spin, Rolling Stone, The New York Times, LA Times, Washington Post and most other major national publications. In 2002, Merritt signed to Nonesuch Records. The Magnetic Fields performed as part of Lincoln Center’s ‘American Songwriters’ series and at the Brooklyn Academy of Music’s ‘Next Wave of Song’. Merritt has composed original music and lyrics for three music theater pieces directed by Chen Shi-Zheng; The Orphan of Zhao in 2003 for the Lincoln Center Festival; Peach Blossom Fan, produced at Cal Arts in 2004; and My Life As a Fairy Tale, at the Lincoln Center Festival in 2005. Merritt composed the score for the academy award nominated film Pieces of April (dir. Peter Hedges) and for the independent film Eban and Charley, and released soundtrack albums for each. His song “The Book of Love,” was performed by Peter Gabriel and appears in the film Shall We Dance. He has composed incidental music for the HarperCollins’ audio books of A Series of Unfortunate Events by Lemony Snicket and for Neil Gaiman’s Coraline, and subsequently released an album Songs from A Series of Unfortunate Events. In 2008, Magnetic Fields toured in the US and Europe to support their new album, Distortion, on Nonesuch records. Additional information on Merritt and his work can be found at www.houseoftomorrow.com.

DAVID GREENSPAN (Book writer / Other Mother) was previously seen at MCC in José Rivera’s Sueño. Other credits include The Beebo Brinker Chronicles (Hourglass), Obie for his performances in Some Men (Second Stage) and Goethe’s Faust (Target Margin), The Wax (Playwrights Horizons), Lipstick Traces (Foundry), The Boys in the Band (Obie) and his plays Jack, The Home Show Pieces and 2 Samuel 11, Etc., (Home) Dead Mother (Public, TJT), She Stoops to Comedy (SF Playhouse, Playwrights Horizons, Obie), The Myopia (Foundry) and The Argument (Target Margin, Obie). An alumnus of New Dramatists, he has received Revson, McKnight, Guggenheim, Lucille Lortel Foundation fellowships and an Alpert Award in the Arts.

NEIL GAIMAN (Coraline novel author) is the critically acclaimed and award-winning author of the novels American Gods, Stardust, and Neverwhere. He is also the author of the Sandman series of graphic novels, and coauthor of the novel Good Omens with Terry Pratchett. Among the many awards he has won are the World Fantasy Award, Bram Stroker Award, and the Newbery Award for children’s literature. Originally from England, Gaiman now lives in America. Visit him at www.neilgaiman.com.