Casting has been announced for the smash hit revival of the Tony Award-winning musical West Side Story which plays the Orpheum Theatre October 27 – November 28 and concludes the 2009-2010 Best of Broadway series under the direction of  Carole Shorenstein Hays.

West Side Story, the classic romantic musical, is written by three theatrical luminaries: two-time Tony Award-winner Arthur Laurents (book) and multiple Tony and Grammy Award-winners Leonard Bernstein (music) and Stephen Sondheim (lyrics) in what was his Broadway debut.  The Bernstein and Sondheim score is considered to be one of Broadway’s finest and features such classics of the American musical theatre as “Something’s Coming,” “Tonight,” “America,” “I Feel Pretty” and “Somewhere.” 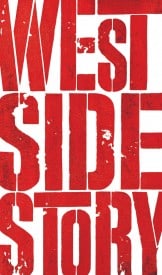 Tony Award-winning librettist Arthur Laurents’ Broadway direction will be recreated for the tour by David Saint, the Associate Director on Broadway. The original Jerome Robbins choreography is reproduced by Tony Award-nominee Joey McKneely (The Boy from Oz, The Life).