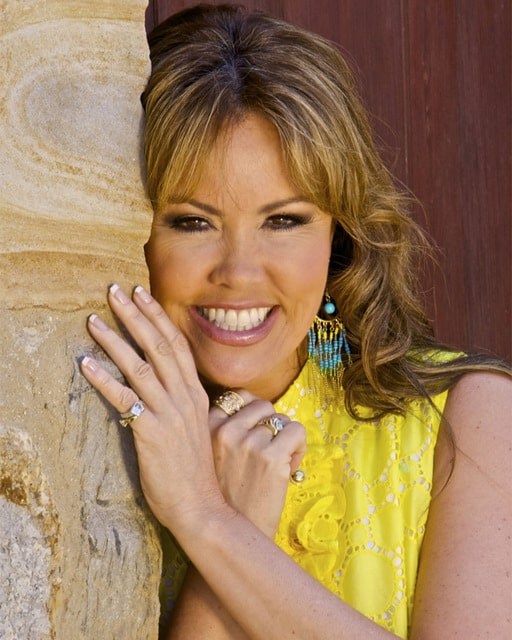 Broadway San Jose kicks off its second season with BURN THE FLOOR, coming to San Jose, direct from Broadway. The tour features “So You Think You Can Dance” alums Mary Murphy, Anya Garnis, Pasha Kovalev, Ashleigh Di Lello, Ryan Di Lello, Robbie Kmetoni, Janette Manrara and Karen Hauer. All seven have been seen on TV’s “So You Think You Can Dance,” in the US (Mary Murphy, judge from 2005-2009; Anya & Pasha, Top 10 Finalists and Season 7 All Stars; Ashleigh & Ryan Di Lello, Janette Manrara and Karen Hauer, Top 10 Finalists) and Australia (Robbie Kmetoni, 2010 Winner).

Years before “Dancing with the Stars” and “So You Think You Can Dance” turned ballroom dancing into must-see TV, one sizzling show was setting stages ablaze around the globe.  BURN THE FLOOR, the electrifying Latin and Ballroom dance spectacular that has thrilled audiences in more than 30 countries, brings the fire and passion of their live performance to the San Jose Center for the Performing Arts for one week only September 21-26, 2010.

With BURN THE FLOOR, you will feel, live on stage, all the passion, drama and sizzling excitement of 20 gorgeous champion dancers in a true theatrical experience, a performance with a grace and athleticism that The New York Times calls “Dazzling!” The Times (London) calls it “the summer’s hottest ticket”!

From Harlem’s hot nights at The Savoy, where dances such as the Lindy, Foxtrot and Charleston were born, to the Latin Quarter where the Cha-Cha, Rumba and Salsa steamed up the stage, Burn the Floor takes audiences on a journey through the passionate drama of dance. The elegance of the Viennese Waltz, the exuberance of the Jive, the intensity of the Paso Doble – audiences will experience them all, as well as the Tango, Samba, Mambo, Quickstep and Swing.

BURN THE FLOOR is directed and choreographed by Jason Gilkison.

MARY MURPHY (Dancer) made her Broadway debut earlier this year in BURN THE FLOOR. Best known for her enthusiastic and emotional judging style on “So You Think You Can Dance,” Mary gained notoriety and earned fans as the “Queen of Scream.” She is a US Ballroom Dance Champion and an Austrian National 10-dance and Ballroom Champion. In addition to owning Champion Ballroom Academy in San Diego, Mary is a partner in the “Chance to Dance” program in the San Diego area school district, helping provide dance classes to children unable to afford lessons.

ANYA GARNIS (Dancer). Original Burn the Floor Broadway & West End cast member. On the TV show “SYTYCD,” Anya was handed a first-class ticket on the “Hot Tamale Train,” and her career has been sizzling ever since. Guest dancer on “Dancing with the Stars,” “Superstars of Dance” and the Academy Awards. Born in Latvia, she has been a ballroom superstar for the last ten years. “SYTYCD” season 7 as an All-Star professional this summer.

PASHA KOVALEV (Dancer). Original Burn the Floor Broadway & West End cast member. Born in Siberia, Russia, Pasha started dancing at age 8. Following a successful career in ballroom competition, he has appeared on many TV shows including “So You Think You Can Dance,” “Dancing with the Stars” and “Superstars of Dance.” “SYTYCD” season 7 as an All-Star professional this summer.

ASHLEIGH DI LELLO (Dancer). Original Burn the Floor West End cast member. Ashleigh fell in love with ballroom dancing when she was 12 and became a Dance Sport Junior Latin Champion and a United States Junior American Latin Finalist. After a six-year break due to illness, Ashleigh returned to ballroom dancing and has since become a three-time Dance Sport Amateur Latin Champion and a United States Amateur Latin Finalist. Ashleigh has performed and taught in 19 different countries and has most recently made it all the way to the finale of the Fox television show “So You Think You Can Dance” with her husband Ryan.

RYAN DI LELLO (Dancer). Original Burn the Floor West End cast member. Ryan began dancing at age 4 and began ballroom at age 9. He has since become a two-time amateur Latin runner-up and the Youth American champion. In college, he competed and performed with the team throughout North America and Europe, winning the World Latin Formation Championships in Blackpool, England. Recently, Ryan has enjoyed teaching and dancing in professional shows throughout the world with his wife and dance partner Ashleigh. They auditioned together for the sixth season of Fox’s “So You Think You Can Dance.” Not only are they the first married couple to make the show, but they both went all the way to the finale.

ROBBIE KMETONI (Dancer). Original Burn the Floor West End cast member. Robbie won season 3 of “So You Think You Can Dance” (Australia) at only 19. Specializing in Contemporary, Robbie is a versatile dancer having studied a wide variety of different styles, including Ballet, Jazz and Hip Hop with Brent Street, Sydney Dance Company and Alvin Ailey. He has made numerous television appearances and performed at dance festivals across Australia and in the U.S. Robbie is thrilled to be making his professional touring debut with Jason Gilkison and Burn the Floor on the West End and U.S. tour.

JANETTE MANRARA (Dancer). Original Burn the Floor West End cast member. Janette began musical theatre at age 12 and formal dance training at 19, studying Ballroom, Ballet, Pointe, Jazz and Hip Hop & Salsa. Janette was a finalist from season 5 “So You Think You Can Dance” and toured with finalists. Appeared on the “82nd Annual Academy Awards” and danced with Jennifer Lopez on the “SYTYCD” finale. She is a principal dancer on Fox’s “Glee” and Glee Live Tour.