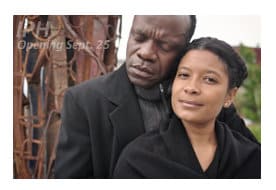 IPH… examines the intersection between the ancient ideal of the hero and the contemporary idea of celebrity, society’s hold on the individual, and the need to be renowned.  Set at the beginning of the Trojan War, General Agamemnon has a difficult choice to make – should he sacrifice his daughter Iphigeneia, or condemn his entire army, and nation, to defeat? The Greek army is set to sail for Troy, but is unable to depart due to a strange lack of wind. This is no mere meteorological abnormality, but rather the will of the gods, and in order to whip up the winds, Agamemnon must sacrifice his only daughter. Agamemnon sets the sacrifice into action, announcing that Iphigeneia is to marry the great hero Achilles; she is thrilled at the prospect of the marriage, butIphigeneia, her mother, and the groom-to-be soon discover the truth – that Iphigeneia will be sacrificed. As Achilles prepares to defend her honor, Iphigeneia has a sudden change of heart and decides that the heroic thing to do would be to sacrifice herself. Is Iphigeneia’s sacrifice truly heroic, or selfish? For the love of her country and her father, or her own desire to be immortalized?Part religious sermon, part rock concert, part classical tragedy, part modern political thriller, IPH… is at once an intimate chamber piece and a powerful contemporary drama.

Director Dylan Russell, inspired by the dreamscapes of Salvador Dali, said of her vision for IPH…, “We are a nation perpetually at war, but to what end? In literature, we see that Greek heroes endeavored to become heroes. This obsession with the heroic ideal, however, has manifested itself in contemporary society as celebrity. With this production, I want to investigate our human need to be remembered and the actions that take us from human to hero.”

“This season is filled with dynamic collaborations,” said Brava Artistic Director Raelle Myrick-Hodges. “When Peter initially approached me about collaborating on his first production as the newly appointed Artistic Director of the African-American Shakespeare Company, I was honored. I’m thrilled to start the season with this project. We’ve been looking forward to collaborating on something with teeth, and IPH… is an exciting, challenging piece. This production is definitely a celebration of great things to come for both Brava and African-American Shakespeare Company.”

“These myths are life-changing, life-deepening, life-sustaining stories,” said L. Peter Callender, African-American Shakespeare Company Artistic Director. Continues Callender, “When I first read IPH… and decided to present it at African-American Shakespeare Company, I equated the situations in the play in contemporary terms, to Barack Obama having to sacrifice his daughters in order to gain world peace. Would he do that? Would he make that sacrifice if someone offered him the possibility of peace in Afghanistan, peace in the Middle East, no more wars? I don’t know if he would, but as a father, for me, it would be the most heart-wrenching decision I hope I never have to make.”

C. Kelly Wright is featured as Klytaimnestra in IPH… Wright’s credits include productions in New York and in the Bay Area with San Jose Repertory Theatre, Marin Theater Company, and TheatreWorks, among others. She holds several Dean Goodman and Bay Area Theatre Critics Awards for her work in the Bay Area. Recent film work includes starring roles in the feature filmsAngel Wishes and Every Day Black Man; to date, she has been involved in more than 50 new works for the stage.

Traci Tolmaire makes her Brava/African-American Shakespeare Company debut as Iphigeneia. Her theatrical credits includeMirrors In Every Corner (Campo Santo), Susan Lori Parks’ 365 Days/365 Plays (Hartford Stage Company), and Joseph and the Amazing Technicolor Dreamcoat (Fulton Opera House), among others. She has appeared in productions as part of the New York International Fringe Festival, and was an understudy for Lisa Kron’s new play In the Wake at Berkeley Repertory Theatre.

Following IPH…, Brava presents the Regional Premiere of RELUCTANT in October, created by Joel Israel and directed by Meiyin Wang, followed by GUSH, featuring the Joe Goode Performance Group, in January, and Paula Vogel’s THE OLDEST PROFESSION in March. The company rounds out its season with their youth program Girltropolis in April, the ongoing The Kitchen Series, and three works-in-progress, including works by Cherrie Moraga, Jewelle Gomez, and D’Lo.

Brava Theater is a professional arts organization committed to producing, presenting and cultivating live art celebrating the intersection of feminism and multiculturalism that ignites social changes and empowers community. The company gives voice to women, people of color and the LGBTQ community through artistic expression. Brava speaks to the values that all people share, rather than to the identity markers that can divide us. Brava Theater has reached over 350,000 people since its inception 24 years ago, through its theatrical, musical and educational events.  Brava Theater has been nationally recognized as a leader in new work and innovative theater.

African-American Shakespeare Company was introduced in 1994 to create an opportunity and a venue for actors of color to hone their skills and talent in mastering some of the world’s greatest classical roles. The company is dedicated to producing classic stage works from an African-American cultural perspective, providing opportunities and accessibility for minority artists and their communities to view these works in a manner that is inclusive of their cultural heritage. African-American Shakespeare Company has produced over 30 productions, toured to over 97 schools, and reached over 105,000 patrons through its mainstage productions and arts education program.