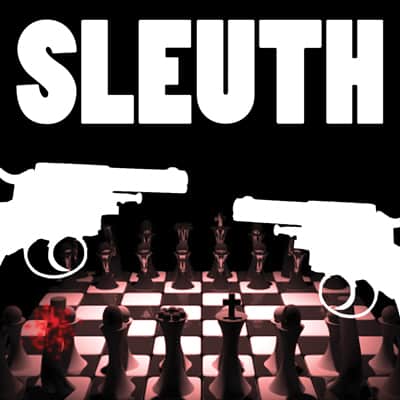 The Willows Theatre Company announced its 36th season with six productions running January through December, 2011 at the Campbell Theatre, 636 Ward Street in Martinez, CA. The 2011 season opens with the epic musical Rags, followed by Once on This Island, King O’ the Moon, and Show Boat. The Willows kicks off the Fall with a gleeful new musical whose title we can’t yet announce, then ends with the holiday special, Winter Wonderettes.

Rags. The epic musical story of a naïve Russian immigrant who arrives in early 20th Century New York with her young son. Rags follows them as they struggle to make a life for themselves. While the young woman searches for her husband who arrived on an earlier in America, she toils in a sweat shop. When she is finally reunited with her husband, she finds herself at odds with his rejection of their ethnic culture and assimilation into America. The Willows reprises this Big American Musical that was a huge hit when the theatre produced it in 1996.

Once on This Island. The calypso-flavored musical retelling of the traditional Little Mermaid tale. Set on a Caribbean island divided by social prejudice, the musical revolves around the love between Ti Moune, a poor peasant girl and Daniel, the upper class boy whose life she saves in a car crash. A charming musical adventure that shows how love plays out against social class.

King O’ the Moon. The sequel to Over the Tavern, which The Willows produced to great acclaim in 2005, King O’ the Moon continues the saga of the Pazinski family, now in the 1960’s. The family gathers to honor their late father’s memory and becomes entangled in each others’ problems – Rudy is rethinking the priesthood, Eddie is preparing for fatherhood and Vietnam, and Annie is contemplating divorce as their mother Ellen considers a new romance. The production will feature many favorite Willows performers in their return to our stage.

Show Boat. It’s the mother of all modern musicals. The Tony Award-winning Show Boat takes place over fifty years, telling the story of a showboat acting family and their struggles with gambling, race, infidelity, and poverty. Captain Andy runs an extremely successful show on his riverboat, the “Cotton Blossom.” After it is discovered that his leading lady is part black, she and her leading man boyfriend are forced to quit the show. With music by Jerome Kern and book & lyrics by Oscar Hammerstein II, this is a classic of the American musical theatre. Songs include You Are Love, Can’t Help Lovin’ Dat Man, Ol’ Man River. Show Boat will be presented at the John Muir Amphitheatre.

A New Musical. We can’t announce the title yet, but the Willows is proud to be producing a brand new musical in the same tenor as the hit TV show, Glee. This will be a don’t-miss opportunity and an exciting adventure for The Willows, as we continue to produce up-and-coming musicals before they reach New York. We are confident this will be the next big hit in the theatre community.

Winter Wonderettes. Variety says “this altogether pleasant mixture is as comfortable as coming home for the holidays to cocoa and a Johnny Mathis Christmas Album.” The “girl group” Wonderettes are the holiday entertainment at the 1968 Holiday Party at Harper’s Hardware (and The Willows.) The Songs include Rockin’ ‘Round the Christmas Tree, Sleigh Ride, Santa Baby, Winter Wonderland, and may more. Full of humor and classic melodies, this show conceived by Roger Bean is a must for the whole family.

Currently and Upcoming at The Willows

Nunset Boulevard. The Little Sisters of Hoboken are back for another Willows Nunsense premiere. This time in Hollywood. At a bowling alley. Nov. 29, 2010 – Jan. 9, 2011.

Send your news, tips and story ideas to press@starkinsider.com. Don’t forget to follow us @StarkInsider and like us on Facebook for the latest in SF Bay Area Theater, Arts, Food, Wine… and maybe even a blooper or two. SSC – “Twice as fun / Half as smart.”